Lately, Tim Berners-Lee (inventor of the Web in 1989, 30 years ago for those who lived on planet Mars at that time) announced the launch of a contract to “fix the Web”. Because according to him, “the Internet is broken” and it must be fixed. This Contract for the Web was launched during the Web Summit in Lisbon in 2018. The contract is out, but must you endorse it when the very tech giants that Berners Lee is targeting, have done so too?

From Jonathan Zittrain to the Wall Street Journal, there are more and more experts criticizing what the Web has become. We’ve already covered this point in our columns in an article dedicated to net neutrality and many times before.

According to the founder of the World Wide Web, maybe he who has the most authority in this matter, there are a number of issues that can be summarized as follows:

We’re launching the contract for the web for the world’s first-ever global action plan to protect the web as a force for good” [source : CNBC]

Contract for the Web: doing away with those who threaten the Web 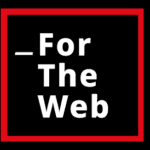 His “contract for the Web” is therefore not totally new, nor is it Tim Berners Lee’s first initiative. Last year, he already declared that he was “devastated” by what the Web had become.

Very strong words that led him to create, in the framework of his work with MIT, a project to reinvent the Web protocol: SOLID (still for Martians, I remind you that the Web was born in 1989 from the creation of the HTTP protocol that you use every day). A great project but too complex and above all a bit threatening for the dominant actors that it castigates.

SOLID: a great idea that will probably remain so

His idea was a very clever one: separate data from programs, and make sure that the user always remains the owner of the data by letting them grant temporary access rights to applications.

For example, instead of giving all your photos to Flickr or Google, you keep them on a disk space that belongs to you, and Flickr is given a temporary right to access those photos.

Anyone in the world can access them from any application to which you grant these rights. It’s a very clever concept, even though a bit hard for ordinary users to understand.

But then again, it is difficult to reinvent a concept, even if it is “broken” to use the words of its founder, from scratch when it has grown to such a level. The fact is that it is not broken. It’s just that some have diverted it to their profit. What is the incentive for change when the Web has become that licence to print money, I wonder!

Hence the Contract that was launched recently (well, that’s my understanding).

So, what is Contract for the Web?

It is a set of basic principles, rules of conduct for governments, businesses and citizens. No one can deny the quality and urgency of these basic principles. Apart from a few extremists, of course, God knows they exist.

First and foremost, Governments are asked to guarantee free access to the Internet, keep it open at all times and respect the rights of individuals (i.e., not to use the Internet to violate them).

And now we’re off to a pretty bad start. Internet access is not free in most of the world’s countries: China, Russia, South America, Iran, Turkey, Saudi Arabia, Egypt, Sudan etc. To this list must be added all the countries that are opaque or too unstable, and there are quite a few.

The Internet is often switched off or filtered (and this is not new, as early as 1997 Lebanon cut off access to VOIP) and China has launched projects to control its citizens, not to mention the Uighurs who are forced to switch on their mobile phones to be permanently tracked.

And finally, France, a self-proclaimed country of human rights, is threatening to use – without too much subtlety – social media to delve into our private lives (important notice: it goes without saying that I pay all my taxes and reject tax evasion altogether, but I’m not at all sure about how politicians tackle these issues).

1984 in short, but with more technology (which does not mean it is more efficient). We’re off to a bad start.

Citizens, for their part, are encouraged to respect the dignity of others. Well, there are laws for that, but they don’t seem to have worked. Principle 9 suits me well; I feel as though I have been involved in this for 25 years.

Basically, principles, once again, with which one can only agree, without being sure that good-will will be sufficient to suppress hatred, contempt, anti-Semitism or any other form of racism, harassment, propaganda, proselytism or insults, which are not limited to the Internet, but which find a fairly practical outlet there.

Finally, companies with a call for ethics and economic responsibility. Once again, good feelings, no one will be against it. Even the e-Devil could sign this.

Must we endorse Contract for the Web?

And that’s exactly what happened. The first ones to sign were the ones right in Tim Berners Lee’s firing range. SOLID on the other hand is sponsored by Qatar and Mastercard. We’re not in charity business here, although I have nothing against them personally (nor with the above signatories, I might add).

And yet I quote The Guardian and Tim Berners Lee from a year ago:

Sir Tim Berners-Lee, the inventor of the World Wide Web, has called for the regulation of large technology companies to prevent the Web from being “weaponised“.

“Two myths currently limit our collective imagination: the myth that advertising is the only possible business model for online companies, and the myth that it’s too late to change the way platforms operate. On both points, we need to be a little more creative.

While the problems facing the web are complex and large, I think we should see them as bugs: problems with existing code and software systems that have been created by people – and can be fixed by people. Create a new set of incentives and changes in the code will follow. We can design a web that creates a constructive and supportive environment.”

There is a kind of ambiguity between making tech giants sign contracts to make them “virtuous”, calling for their dismantling and asking to reinvent the Web with, as signatories, actors who have no objective interest – without any judgment on my part – in participating in this reinvention.

In conclusion, I will sign the contract because we have no choice. There is a dire need for more ethics on the Web. Goodwill is obvious, I’m ready to believe it. Signing the contract is a commitment. For my part, and that of Visionary Marketing, it will not require any effort on our part. As to other signatories?

I have more doubts about some other players (governments, citizens), and although this initiative can only be welcomed, I doubt that any significant changes will be seen in the short or even medium term.

More than anything else, this situation demonstrates the powerlessness of States to regulate economically, socially and legally. They seem to have abandoned this territory, which was theirs, and many of them have even seized the opportunity of technology for their own political ends. In short, a lot of mingling by states in all sorts of places where there shouldn’t be and precious little where there should, to preserve freedom of thinking, trading and God knows what else comes next.

As a conclusion, the state of the Web today has way more to do with the of the world than that of technology. But we still need to sign this contract to move forward, be positive and improve things, there may still be time.

Read Contract for the Web