Over the last twenty years, the Chinese digital market has been growing and evolving very fast and China has even become a worldwide leader in digital transformation today. However, China’s digital landscape is quite different from that of the West. Let’s discuss a few questions which would help you comprehend this intriguing market: What are the key characteristics of the Chinese digital market? How could a brand succeed in E-marketing in China, especially a French or a Western brand?

First of all, what are the key characteristics of the Chinese digital market?

Firstly, the Chinese digital market has been growing very fast over the last 20 years, and China has even become a worldwide leader in digital transformation.

The total number of Internet users in China has exceeded Europe’s population, i.e., 772 mn in Dec. 2017, representing 56% of the Chinese population. China is also leading the mobile payment revolution. In 2016, the mobile payment volume (in $) in China was already 11 times that of the USA. Apart from that, China has become a worldwide leader in e-commerce and New Retail. It’s also in the global top three countries for venture capital investment in some key technologies, like Virtual Reality, AI and machine learning, Autonomous driving, Robotics and drones, 3D printing, Big data, etc.

Secondly, China’s digital market is an independent system which works differently from the West. In China, we have a wide variety of digital activities, but due to government censorship, we can’t get access to Google, Facebook, Twitter, Youtube, etc. There are many local players and the digital market is quite competitive. Then we have a Chinese version corresponding to each major occidental digital platform, for example, Baidu replaces Google, Renren, Kaixin replace Facebook, Weibo replaces Twitter, Youku replaces Youtube, and WeChat incorporates all the features of  IQiyi, Tencent Video,…, Facebook + WhatsApp + Skype. In e-commerce, E-bay and Amazon are also present in China, but they’re less competitive than Alibaba and JD.com.

Thirdly, in China, the social media especially the social networks have much impact on people’s daily lives and purchasing decisions. For example, Weibo and WeChat are the most preferred Chinese social networks by the companies to promote their brands, products, or services in China. They have respectively more than 400 mn and 1 bn monthly active users today. On Weibo and WeChat, it’s easier to get the number of followers increasing quickly or get more clicks. For example, YAO Chen, a very famous Chinese actress, has more than 80 million followers on Weibo – more than the French population.

Fourthly, China’s digital market is quite ‘‘mobile & app-driven’’. Almost 98% of Chinese Internet users connect to the Internet through a mobile phone, which is 20% higher than the global level. In China, a mobile Internet user has an average of 40 Apps downloaded on his/her mobile phone.

Finally, the Chinese and especially the young audiences, are very connected to the Internet and social networks. A Chinese spends an average of around 3h per day on his mobile phone. It happens often that two people sit at the same table, but each keeps looking at his or her mobile phone. Let’s take the example of WeChat: the average time spent on WeChat per user is more than one hour per day, and WeChat has become a kind of lifestyle for the Chinese: we open it when we wake up, we check it before going to sleep. It also has the e-payment function, and we can even live without wallets for weeks!

The digital market has become quite competitive in China

So how could the Western or French brands, succeed in their e-marketing strategies or campaigns in China?

First of all, find the differentiator and tell a great story. Unique and interesting content is key to attract Chinese consumers’ attention – you need to launch an interesting or innovative topic and update the content on a regular basis – it could be texts, pictures, or video clips.

A good example is the “Nickname bottle” campaign launched by Coca-Cola in 2013. The “Nickname bottle” was a bottle with a customizable name. On the bottles of Coca-Cola, there were a series of labels with more than 50 funny words used by Internet users: “Da Ga” (= VIP), “Gui Mu” (= my best friend), “Fen Si” (= fans), “Chi Huo” (= someone very greedy for food), etc., … So, each consumer was able to “identify himself or herself” through the words written on the labels. This campaign attracted much attention online. Also, thanks to the impact of several Chinese stars / Key Opinion Leaders (KOL), the very large distribution channel of Coca-Cola in China, within just two months, increased its sales by 20% compared to the same period in the previous year.

Secondly, reinforce the interaction with the users. This will encourage them to participate in the online campaigns and create word-of-mouth effect. A success case is the “From London to Shanghai” campaign launched by Burberry in 2014. Burberry managed to have a very dynamic interaction with Chinese internet users. The users needed to shake the mobile phone, click on the screen, clear the morning mist, etc., to get to next pages or pictures, until the final destination: Shanghai. Another example: in Chinese New Year 2018, with Mulberry, WeChat users could create digital calligraphy spring couplets. Some brands also created their own stickers that WeChat users could forward in their conversations, like Gucci or Louis Vuitton.

Thirdly, create the “emotional connection”. SK-II, a Japanese beauty brand, launched an online campaign about the “leftover women” in China, in 2016. In the country, the “leftover women” are defined as “unmarried single women aged 27 or above”. The video lasts 4 minutes but was very touching and created much emotional resonance especially among Chinese single women. Just days after the ad’s release, it got more than 20,000 views on its official Sina Weibo account and more than 100,000 views on WeChat!

Fourthly, engage Key Opinion Leaders (KOLs). They always have a powerful impact on Chinese consumers’ purchasing decisions. KOLs could be actresses, singers, or blog influencers in specialized sectors like gastronomy, tourism, etc., however, their direct contribution to the sales is still difficult to assess. In case you don’t have enough budget to engage a KOL, then spend more time in building quality content regularly.

Fifthly, combine online and offline strengths and strategies to offer the best user experience – we also call that O2O (Online to Offline) or “New Retail”. For example, if we launch an event online, such as a game or a competitionMarket definition in B2B and B2C - The very notion of "market" is at the heart of any marketing approach. A market can be defined..., then we can encourage the participants to go to the nearest store to receive the rewards. 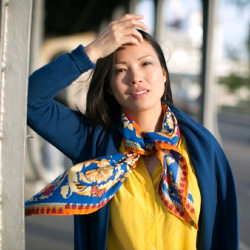