This is a question I had had for a long time. One felt that online collaboration was becoming mainstream. Still, I had my doubts about the sheer mass of users who were major contributors to a project like the much publicised Wikipedia. 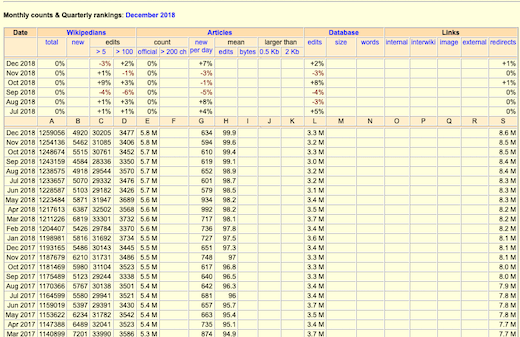 It turns out that Jérôme Delacroix was able to answer that question by pointing me towards the Wikipedia statistics available online (click here).

Taken at face value, the numbers are rather awesome: more than 4300 users have contributed more than 5 articles (since 2001 I assume). When compared to the overall number of Internet users, it may seem very small, but I’d rather cast a positive look on them and emphasise the significance of the user mass.

The ramp-up of the collaboration on Wikipedia is also very impressive (check the charts by clicking the relevant button).