Today, people communicate using social networks, through direct messaging applications. Digital made communication extremely simple. In fact, people build relationships through dating apps such as Smeeters, Tinder or Meetic. A lot believe that it is a desperate way to find ‘the one’. However, some people do not agree: they think these apps are a “cool way” of meeting new people. Regardless of their purpose, 10% of 18-24 year olds used online dating applications in 2013. Today, this share rose to 27%. One phenomenon always leads to the rise of another new phenomenon: The widespread of digital lead to the growth of mobile apps, and the latter results in something we call “ghosting”. No, ghosting is not a new type of horror movie. It is when you disappear from someone you have met through an online dating app. This new social phenomenon has been written and talked about so much lately. I read a very interesting piece in the French magazine Capital that inspired me to write this article. Let’s discover this concept together. 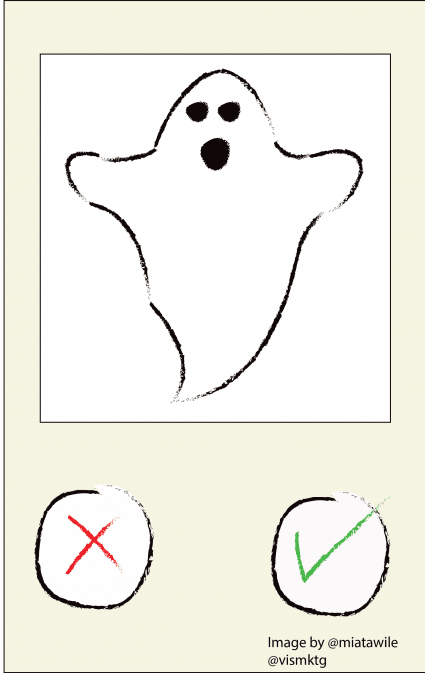 As the name suggests, it is the act of disappearing on someone you met on an online dating application. Of course, this is done without any justification or communication whatsoever. In other words, it is the digital version of the “nod and smile” move. The purpose? Instead of having a decent conversation that explains why one wants an individual to leave them alone, they just disappear and hope the other understands the hints. Well, some might argue that this is the ideal solution to avoid hurtful conversations. However, it is the complete opposite: it creates more confusion, and mirrors the selfish aspect of the person. The feeling of indifference is very hurtful. And unfortunately, it is a growing experience that 50% of men and women have gone through.
You might ask yourself how is this linked to technology and digital? Well, all the apps such as Tinder or Happn gamified the dating world. Also, conversations are easier when one is behind their screen, they can escape whenever they want: there is less awkwardness. The problem is that it became so easy to replace a partner or a friend using these apps that some people do not take relationships seriously anymore.

Technology impacts everything we do: especially the way we communicate with others. I will not go into too much psychological details, but one thing is sure: all the social phenomena forged by digital create new fields of work: digital sociology and digital psychology. The American Psychologist Dr. Nicole L. Cromer explains that people who “ghost” on their dates think that they can hide behind their smartphone screen, and move on to the next date, or meeting. It allows them to feel guilt-free.
Actually, people do not have the time nor the energy to engage in a deep conversation about feelings to justify the end of a relationship: whether it is a love story or just a friendship.
Everything is following the speed at which technology is growing. Relationships grow and end at an incredible pace. People are becoming disposable, because new ones are easier to find, and relationships are easier to build. It only takes a swipe, a match and a short chat. 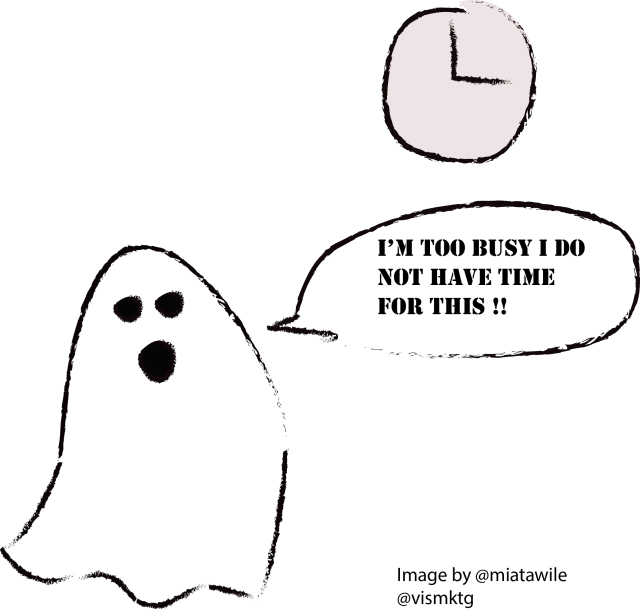 However, the ghost is trapped: one cannot disappear forever. Our every moves, interactions, and clicks are visible online. If one disappears, them likes or shares a post on Facebook, they loose their credibility.
In the United States, this behaviour is more common among 18 to 29 year olds (16%) compared to 12% of 30 to 45 year olds.  So “ghosting” is present among all age categories.

There is a very ironic conclusion to draw from this phenomenon: digital and social networks simplify and lead to the development of new relationships, and at the same time, it helps the lack of communication in the case of ghosting. This phenomenon is growing and is gaining importance: some apps like Bumble are trying to fight against it. They added a new rule: a user is blocked if he does not reply within 24hours. Do you think this will erase ghosting?