Inbound marketing isn’t as easy as it lay seem. We are currently working on a content marketing deal which involves writing content about “web to store” technology. Our text is written in English and has to be translated into Spanish and French. “Web to store” is what the French are calling it and the terminology makes perfect sense. The only issue is that the term, in plain English, doesn’t exist or isn’t used. This, in a way, is a bit of a conundrum. Should we, or should we not use it in our English pieces? We have been torn on that issue, and still are. But there are many more issues with translations.

About inbound marketing, translations and adaptations

I used to be a translator interpreter for the French Army Staff (well, that was quite some time ago, but the lessons I was taught were not lost on me). In essence, I believe that translation is one of the most difficult exercises for the mind. Much more difficult than solving an equation. In fact, it’s a bit like solving two symmetrical equations expressed in two different languages and trying to get back to a near perfect transposition of the original text. That kind of exercice may sound easy, mostly when common languages are involved. But it’s far from being the case. As a matter of fact, languages aren’t equations. They cannot be fed into computers – or only imperfectly. This is due to the fact that a) rules are imperfectly expressed (sometimes I read French grammar rules and I can’t understand everything in them) b) a language is not only based on a choice of words and grammar, it’s based on colloquialisms and the choice of expressions which not only seem right to readers, but also sound vernacular c) because translations aren’t just translations, most of the time they are adaptations (all references to local things must be either changed or explained. In our retail example, if I mention Asda or Argos, no Frenchman would understand what I am talking about. Conversely, if I write about Casino or Leroy Merlin, chances are that most Europeans would have no clue that these are retail chains unless I explain it).

Regardless, we have decided to translate all our blog pieces carefully, both in French and Spanish, in order that the right terms appear in the right pages for the right search engine(s). This is a tad counter-intuitive in an economy which is supposedly globalised, with English as the world’s modern lingua franca. And French and Spanish for other parts of the world.

To an extent, this isn’t new. Assuming that in Roman times, everyone was speaking Latin in the exact same way would be foolish. And the bastardisation of the Empire’s language gave birth to Church Latin (which the French facetiously name “Kitchen Latin” to show you that, well, it isn’t Latin per se). That’s the funny thing about a lingua franca: being a universal language means that many speak it, but this doesn’t guarantee that one will understand it. That’s how certain Canadian films like the hilarious 2011 Starbuck is subtitled for French audiences (honestly, unless he/she has a trained ear, a fluent French speaker would not understand many of the lines spoken in that film, mostly because most are stressed. With received pronunciation, French is spoken flat, it is almost impossible to catch anything when words are stressed in the English way (and conversely when English isn’t stressed properly).

According to many, inbound marketing sounds like plain sailing: you plonk a few words, tweak your SEO a wee bit, and hey presto! You achieve next to nothing. Inbound marketing requires dedication on the contrary. Obviously, you may be happy with slapdash content and even try and convince yourself that you will lure Google into believing you have understood its algorithm. Honestly, you never will. Assuming you do, it won’t last long before the engineers of the Mountain View giant have worked out something to penalise your text. Inbound marketing requires dedication. Just because it is made for the Internet doesn’t mean it’s neither important or can be badly written. On the contrary. Readers, even online readers, deserve good food for thought. And your choice of words, in all languages will be of utmost importance. Not to mention the choice of words in a translation and adaptation of an original text.

Inbound marketing and what it is called in various European countries

Talking about terminology in English, Franglais and Globish, following a discussion I had with James Barisic on the choice of words for “Web to Store” technology – an expression which made perfect sense but is unusual – I thought about the term “inbound marketing” itself and wondered what it was called in various countries. What I found here was interesting too: “Inbound marketing” is searched in the US, but in Spain, the term “branded content” seems to be more popular. in France, where it would make sense that people use the French translation “marketing de contenu” they don’t. But “inbound marketing” isn’t well know either. Nor is “branded content” (in essence, “branded content” does not entirely equate to “inbound marketing”, it’s only one part of it). Instead, they use Franglais “brand content” following the release of my friend Daniel Bô’s eponymous book on the subject. He bastardised the English terminology and it became so popular that people are using it more than the original “branded content” monicker.
http://www.google.com/trends/explore?hl=en-GB&q=inbound+marketing%2C+content+marketing%2C+branded+content%2C+brand+content&cmpt=q&tz=Etc%2FGMT-1&content=1#q=inbound%20marketing%2C%20content%20marketing%2C%20branded%20content%2C%20brand%20content&cmpt=q&tz=Etc%2FGMT-1 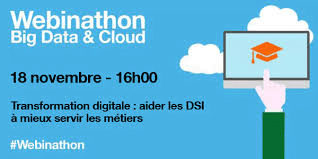 All this probably seems stupid to many. It would be so easy if we used the same terms, and spoke the same language. I remember meeting a Scotsman who was had been living in the US for more than 20 years and had married there and had kids. He had, nonetheless, not lost his strong Scottish accent. He told me how tired he was of having people coming to him and congratulating him on the quality of his English. If we all spoke in the same way, and used the same expressions, and understood each other more easily, it would certainly be easier. But at the same time it would be so boring, and there would be no room for cultural differences. In the meantime, one will have to spend time working on our texts and adapting our stories and fine tuning our content and inbound marketing for dedicated audiences. It’s not a bad thing when you come to think of it. It’s a means of reminding you that writing content is an important task and it requires dedication and care.