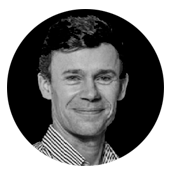 Will intermodal or multimodal transport be the future of transportation by 2050? At a time when climate change is looming large, and the current economic situation will probably, like it or lump it, lead us to change the way we travel, new concepts for passenger transportation such as intermodal or multimodal transport are becoming increasingly popular. Visionary Marketing asked Jean-Marie Madoré, founder of  Mobility Partner, to shed some light on this topic.

Will intermodal transport be the future of transportation by 2050?

A definition of intermodal and multimodal transport

More precisely, intermodal transport describes a situation whereby a traveller will take a bus, and later on a train, to reach his destination, whereas multimodal transport means that the traveller can choose to either use the train or his motor car for a given journey.

For several years now, local authorities have been moving away from car-clogged city centres in favour of public transport or even what is called “soft mobility” including transportation modes such as cycling.

To help achieve its cycling targets for London, Transport for London (TfL) has allocated significant levels of funding over that 5-year period to deliver new, high-quality cycling infrastructure across the Capital.

In December 2018, The Mayor of London launched the 2019-2024 Cycling action plan setting what it called “ambitions and targets for cycling.”

Cycle paths are also being developed outside urban areas, for example the far-from perfect London-to-Paris route or across the channel, the Vélomaritime cycling route  between Dunkirk and Roscoff in Brittany, i.e. approximately 1,500 km of (almost) uninterrupted bike lanes.

But this is still nothing compared to the use of bicycles in the Netherlands, where they are considered a fully-fledged means of transport there (Lo and behold! the bike lane map at hollandcyclingroutes.com).

The objective of local authorities is to preserve the quality of life of local residents, both from an ecological and noise-level points of view.

In this regard, in France, seven volunteer local authorities such as Nice, Paris, Rueil Malmaison and the Haute Vallée de Chevreuse have been selected for the noise-detecting camera field tests that took place between November 2021 and January 2022. (cf.ecologie.gouv.fr)

Noise is also a concern in the UK as stated by rideapart.com

Traffic cameras haven’t taken hold here in the United States, but they have in the UK, and it seems as though unmanned traffic enforcement is now taking the next step there. Traditional traffic cameras take photographs of vehicles that speed, or roll through red lights. The new acoustic or “noise” cameras will similarly snap a photo to catch vehicles that are too loud

In this context, intermodal transport, if well implemented, could allow local authorities to optimise its public transit infrastructure and to attract travellers by offering them greener, but also potentially faster and more economical mobility solutions.

The analysis of mobility behaviour highlights a very marked threshold effect around 100km , between local mobility (including everyday commuting) and other mobility (re the French authority for transport autorité-transports.fr).

Between 2017 and 2019, the marketMarket definition in B2B and B2C - The very notion of "market" is at the heart of any marketing approach. A market can be defined... for public transport over 100 km in France grew by 12% in terms of passengers and 13.7% in passengers/km

Limiting car use in urban areas

Urban sprawl is a reality that has been growing for 70 years now, with the centralisation of economic activities in the city centre and the establishment of residential areas in suburban areas.

In these suburban areas, 40% of residents have to go to the city centre to work but also to access shops or leisure facilities. They often get there by car.

As a result, urban areas face major problems of congestion, parking and pollution.

In particular, private cars are one of the main contributors to urban pollution, accounting for 60.7% of total CO2 emissions from road transport in Europe.

Faced with the degradation of the environment, intermodal transport is a potential alternative to urban travel

Making soft mobility and public transport more appealing offers a real alternative to motor  cars that are, very often, only carrying one passenger, hence clogging up the streets. It’s hard to advocate that cars are a more efficient means of transportation, in cities at least.

Intermodal transport could provide a quick and satisfactory response to the mobility needs of the population.

Only under these conditions can transport authorities ensure that public transport is competitive with car travel times and allow car-free mobility all the way from the more remote suburbs to the city centre.

Whether they are interurban, suburban or urban, MIDs must facilitate the transfer of passengers, not slow them down.

Their role is crucial in the user experience. If the users feels that the combination of transportation modes is not smooth and fast, they will tend to give up on multimodal journeys as waiting times are perceived very negatively by passengers.

The optimal design of these hubs or nodes, which also shape the urban landscape, is therefore essential. They must be central and easily accessible.

Hence, they should also be optimised to shorten walking distances and convey a sense of comfort and safety.

The intermodal hub at Juvisy sur Orge in the south of Paris, for example, offers the possibility of using the fast suburban train system (RER C, RER D) and bus services, and is paving the way for the arrival of the T7 tramway line. The promise of this hub is to offer :

I can foresee a boom in MaaS platforms (i.e. Mobility as a Service). They are mobile phone apps, for example, that allow you to find all available transport alternatives in real time and at all stages of the journey. The aim is to limit the use of the car by offering one or more alternatives.

Car Sharing makes it possible for urban dwellers to unlock a car, whenever they need it, using a prepaid card.

The last issue of intermodal transport lies in the pricing of this type of journey. Indeed, the use of several modes of transport during the same journey seems more attractive if the offer integrates an adapted pricing principle.

An integrated billing system for intermodal transport should comprise

Intermodal transport is therefore a major challenge for sustainable mobility, one that requires the involvement and collaboration of all players in the industry

As a conclusion, what does it mean for passenger transport operators? In essence, being a stakeholder in intermodal transport requires that they evolve their business model as well as their data-crunching capabilities.