A book on customer experience entitled Punk CX is bound to be entertaining, disruptive and provocative. Adrian Swinscoe made it also very insightful. With regard to Customer experience, frustration is overwhelming, customers want respect, it’s time to rock CX and get some service. Here’s what Adrian is telling us in this podcast recorded live on both sides of the Channel. In this recording, he discusses his approach to customer experience. The idea of being a Punk “is about going your own way, being brave enough to stand out from the mainstream, and not caring about being liked by everybody” he told me. Adrian believes “that this notion [of Punk] exists in all of us in some form or the other and the world needs more of the Punk mindset”. Let’s delve into this wild approach, smash a few guitars and get work done. Go ahead Punk, make my day!

The following transcription of our interview only covers a portion of our exchange with Adrian Swinscoe. Our readers who would like to explore what all Punk CX has to offer can get their copy from Amazon or by clicking the ‘buy the book now’ button.

The introduction to Punk CX talks about Progressive vs Punk Rock. What analogy do you draw here with CX?

To be fair, Progressive Rock had its own followers and is a very popular and influential rock genre in itself. The Punk movement was a reaction to that. Music was becoming increasingly filled with virtuosos, how many keyboards you can play at the same time and all this stuff. On the other hand, Punk was of the view that we don’t need a PhD to play music.

We can just pick up drumsticks and a guitar and start making songs. It made me think about MySpace customer experience and the way it started to exhibit some of the same characteristics as Progressive Rock did back in the 1970s.

It was becoming quite complicated, more interested in itself and its constituents than anything else.

That’s when I started to ponder on what could a Punk version look like. Also, will it help us drive better outcomes with an injection of this DIY, democratic spirit and emotions, and ultimately culminate as a creative force.

You aren’t very impressed with transformation programs. Is there a need for businesses to be ‘transformed’

It is sort of poking the stick at the sacred cow, as it were. Everybody is talking about transformation, yet the data reveals that a lot of people who are doing it aren’t very successful and fail to hit their objectives. Hence, I am of the view that we could stop talking about transformation as we’re not transforming from a quantum state to another quantum state; more often than not, it’s almost a gradual change.

That’s why I was advocating that maybe we should talk about evolution – the thing that’s more likely to get us aligned with changing on a constant basis. A transformation is the same.

Everything is always going to change; it’s not as if it could stop. So why don’t we just get used to the idea that change is the constant, embrace it, and have that power of doing things rather than thinking about transformation?

Consumers want companies to take a stand on the social, cultural, environmental and political issues they care about

I admire companies that take a stand on something, but doing so comes with its own risks that you’re not going to always get things right.

That’s one of the main reasons why people or even brands don’t take stands, as they fear making a mistake. But interestingly, since the book was published, there’s some other research that reveals that if companies remain passive in their approach, customers don’t quite like that.

Conversely, if brands do take a stand for them, they’re less likely to be liked, but those who like them and agree with their stance are more likely to be loyal and buy more from them.

Taking a political stand might make you popular, but it might not necessarily drive better business results

It is a matter of choice, it is complicated and fraught with risks.

Interestingly, the research suggests that customers are looking for companies to take a stand and make a difference in some of these big issues. In my view, that’s because they’re seeing many governments being sort of ineffective in trying to address some of these issues.

Hence, they’re looking for the companies that they buy from, work for or the ones operating in their community, to act on their behalf, because they’re seeing that these brands are the ones with the power to affect change and make some real difference. They’re simply voting as users with their pounds and dollars, in some sort of democratic capitalism.

Saving the world can almost be a bit of a step too far because the world has got some big problems. But sometimes, it’s more like chaos theory, or the butterfly effect where small changes can have big ripple effects.

What I wanted to underscore in that chapter was the example that was set by a cellular mobile reseller for Verizon — TCC — in the States. They tried to do something big but failed because they couldn’t move people and lacked that individual connection. So they decided to go local with their initiative and tried to find out what matters to people, and then worked to make it happen.

It was then that they started to impact local communities, school kids, single parents, veterans, people in old age care homes, with things that really matter and are close to people’s hearts.

Now imagine how big of an impact they can create in people’s lives if they did the same for their fifteen hundred stores around the US. If all of us do a little bit, then it would work up to a whole lot, which is a plausible and pragmatic solution eventually generating some momentum.

Punks don’t wait for permission but just go out and do stuff, because they believe in it for the right reasons and don’t care about what people would think of them.

We’ve seen the calls for the need for more empathy in customer interactions over the last few months since the pandemic and this massive rush to go digital, which is completely understandable.

Many of these decisions that companies are making are driven purely by cost, deflection and self-service decisions and not considering what is their effect on customers. As a result, companies end up losing that human connection.

You are advocating that the issue is not all digital, but how one implements it

Yes, and it’s about how you get that balance right between human and tech. If you’re going down that fully digital and self-service route, then ensure that whatever you implement is brilliant, tested and has the provision to always be changed, innovated, incremented and adapted to the challenges that it faces.

It’s almost like a plug-and-play or plug-and-play-and-leave. Customers are getting these suboptimal experiences and outcomes because companies are merely doing things and not really paying attention to the impact that they’re creating.

More often than not, people are chasing numbers rather than actually thinking about outcomes. There are many examples wherein companies use measures to understand if they’re going in the right direction.

But they don’t use them to define that direction as there is not much clarity about the path they want to tread on or what they want to deliver. All that the metrics do is tell them whether they’re on track or not.

75% of customers complain that most personalisation efforts are creepy, and 40% of marketers agree with them!

Eventually, they end up almost crossing the line and venturing into the creepy zone. A good example is that of the retailer Baudoin, which took a very different approach: rather than using all of the data they had to try and guess what a good personalised experience is going to be, they simply asked their customers what for them would be a good personalised experience.

This way, they found three or four high-quality psychographic data points. That’s going to drive their decision making with each of those customers.

Also, when you’re asking customers to exert some effort to give you feedback, you should treat them with respect. At a minimum, you should say thank you for it. But many do believe you should go further and tell them what you’ve done with it.

The point is that sometimes the things that you think are inconsequential go a long way. For example, the manner in which you invoice somebody or email them or greet them when you pick up the phone, and all such small stuff, can have an impact on somebody’s impression and overall experience.

This is why experience is not just a marketing or service and support thing. It’s a whole business game

It builds on the idea that there’s a growing acknowledgement that customer experience is heavily influenced by the experience of your employees and it’s backed by the research.

Therefore, customer experience is a function of your employee experience as well. But other data shows that many large organisations also rely on a range and ecosystem of agencies and contractors or freelancers and outsources to deliver all of those things, whether they are the likes of logistic partners, payment partners, service and support partners, marketing partners, or social media partners.

Hence, you have to take a holistic look at it, because as the old saying goes, “you’re only as strong as your weakest link”

This transcription of our interview only covers a portion of our exchange with Adrian Swinscoe. Our readers who would like to explore what all Punk CX has to offer can get their copy from Amazon or by clicking the ‘buy the book now’ button. 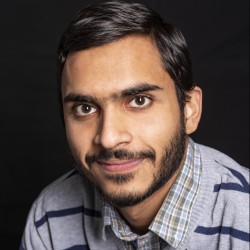