Is Web 2.0 amoral? You already knew about Nicholas Carr’s famous article ‘IT doesn’t matter‘, which we have already commented on Visionarymarketing.com. Carr made his point very clear about what he thought about how strategic IT was to the business.

Is the social Web Amoral? Nicholas Carr having a go at Web2.0 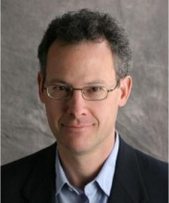 A short time ago, Nicholas Carr posted another article on his blog on the subject of so-called Web 2.0, i.e. the advent of collaborative work on the Net. His criticism is, once again, very sharp.

To him, the Web is amoral because it values amateurism better than professionalism. Being able to react in real-time is no excuse for poor content. He is mainly having a go a new star of the Internet, the amazing collaborative encyclopedia called Wikipedia.

What do you think? Is Web 2.0 really amoral?

Is the Social Web Amoral?

“This post, along with seventy-eight others, is collected in the book Utopia Is Creepy.

From the start, the World Wide Web has been a vessel of quasi-religious longing. And why not? For those seeking to transcend the physical world, the Web presents a readymade Promised Land. On the Internet, we’re all bodiless, symbols speaking to symbols in symbols. The early texts of Web metaphysics, many written by thinkers associated with or influenced by the post-60s New Age movement, are rich with a sense of impending spiritual release; they describe the passage into the cyber world as a process of personal and communal unshackling, a journey that frees us from traditional constraints on our intelligence, our communities, our meager physical selves. We become free-floating netizens in a more enlightened, almost angelic, realm.

But as the Web matured during the late 1990s, the dreams of a digital awakening went unfulfilled. The Net turned out to be more about commerce than consciousness, more a mall than a commune. And when the new millenium arrived, it brought not a new age but a dispiritingly commonplace popping of a bubble of earthly greed. Somewhere along the way, the moneychangers had taken over the temple. The Internet had transformed many things, but it had not transformed us. We were the same as ever.”