The players in a market (whether on the demand or supply side) are constantly being influenced by their environment. The latter influences on their decisions. There are several types of environment : the technological, institutional, socio-economic that and cultural. The PESTLE model aims to circumscribe this environment to better define the strategic approach.

Market analysis through the technological, institutional, socio-economic and cultural environment 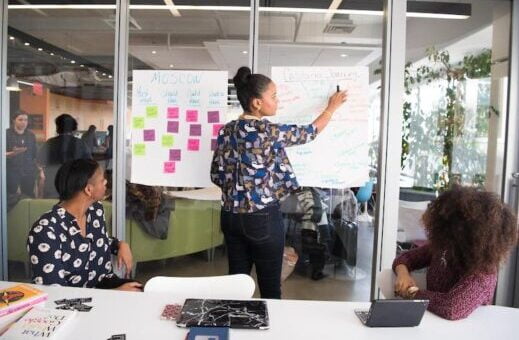 The Technology Environment must be perfectly known and mastered by the actors of a market, as its evolutions can change the deal in a very short time. Tout order change technological represents both a threat but also an opportunity for a given market player.

PESTLE model and 3 types of environments

The institutional environment represents the entirety of public institutions, laws and regulations. Regulating the exchanges and transactions in a given market. The most important laws from a marketing perspective are those that regulate the structure of the markets but also those that ensure the protection consumers.

The socio-economic environment is about the demographic, economic and social factors that influence a market: unemployment rates, crisis and recessions, population fertility, labour force change…

Finally, the cultural environment constitutes the set of traditions, values, beliefs but also thought movements that influence a consumer throughout their life.

Limitations of theoretical approaches to environmental scanning and the Pestle model

Traditional marketing approaches often overlook the political dimensions of a market and more globally, of a country. Indeed, it is necessary to be constantly on the lookout for political decisions taken in terms of taxation or social protection, the latter have a direct impact on the purchasing power of consumers in a given market.

Of course, the posture of a country with respect to free trade or, conversely, protectionism, is to be watched very closely (reversals are more common than one would think). Finally, the stability even of‘a country should be analyzed with care.

Another dimension to be considered is the ecological dimension: available resources, climate change, pollution risks are to be taken into account, as is the ecological footprint of the products consumed in the market under study.

Of course, environmental scanning is also (and especially) about competitive scanning, a point not covered in this definition.

If we place ourselves at the level of strategic analysis of a company, the PESTLE (Political, Economic, Sociological, Technological, Environmental and Legal) is an effective model to identify the factors positive or negative that can influence a market and, beyond that, the companies operating in that market.

The PESTLE model is attributed to American Francis Aguilar, a professor at the Harvard Business School in the 1960s. It is now used in many consulting firms, in addition to other strategic analysis tools.

Tools and methods in environmental analysis

One of the first methods of analyzing one’s environment is documentary analysis and in particular the scouring of the press and online blogs.

You can also conduct semi-directive interviews or use the Delphi method. The Delphi method proceeds by iteration. It aims to collect initially, through an open-ended questionnaire, the opinions of individually interviewed experts.

The results of this first questionnaire are then communicated to each respondent in order to obtain their reaction and response to a second questionnaire. The Delphi method organizes a minimum of three rounds of opinion. Its objective is to reach as broad a consensus as possible within the group. Beware, however, of the drop-out rate of participants, which can be high because of the number of rounds.

Of course, the direct approach through the contacts you can make on LinkedIn, for example, works very well and allows you to post questions. You can also ask questions in discussion forums or in online focus groups with experts or professionals.