On my third day at Mobile World Congress in Barcelona, I stopped by the Boost communications booth in order to have a chat with some of the world’s trailblazers and innovators in the mobile marketing marketMarket definition in B2B and B2C - The very notion of "market" is at the heart of any marketing approach. A market can be defined.... It’s true that mobile advertising is the next big thing, but not much has happened yet by way of innovation in that area. All we are given to see is plain banners which divert people’s attention and takes them away from the page once they have clicked on them. Yet, new models are possible, and tools are being built by the likes of Boost, a Norwegian company now expanding on the UK market. Here is the report of my encounter with one of the company’s founders, Øystein Skiri (photo). 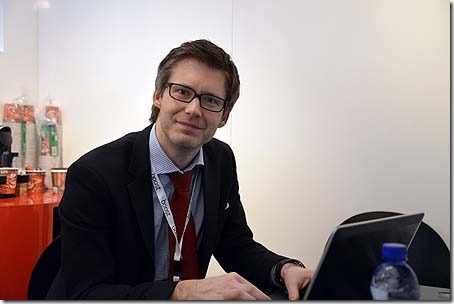 Mobile marketing since … 2000! Boost communications was founded 13 years ago and the 2 co-founders started working on mobiles from day one, which was very visionary. Their idea was that “[they] could use them for more than just making calls”. They pioneered early solutions like SMS and MMS messages as soon as 1999. This is a period I can remember very well for I was in that industry too at the time.

Today, “the world has evolved into the landscape of paid, earned and owned media but a lot of the principles which were laid out in those days and are still valid”, Øystein Skiri, one of the two founders, declared. “One can actually increase the rate of advertising and direct marketing through the use of pertinent information, permission marketing” and, to put it plainly, the respect of users. This is typically what the founders of Boots Communications started to experiment at the end of the 1990s.
As Øystein Skiri showed me in the picture below, the company started very early on with the idea that customers had to give their consent about what kind of information they wished to receive, how often, and how pertinent this information had to be with regard to their needs. 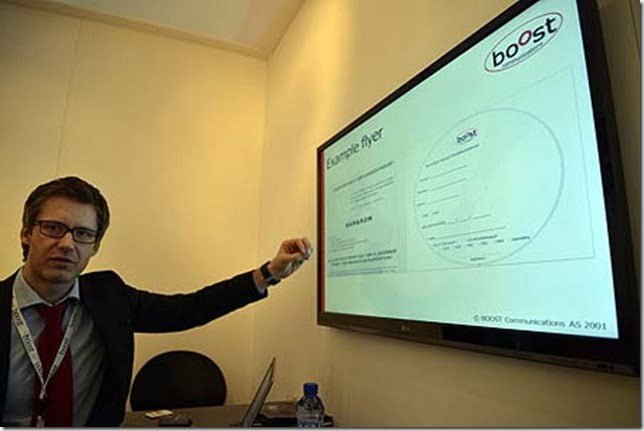 [permission marketing pioneers – Skiri points at a 2001 permission marketing form for direct marketing; Seth Godin will appreciate] push marketing is never going to disappear Yet, even with more respect, “push marketing is never going to disappear” to put it in the words of the founder of Boost Communications. Marketing has to evolve, and mostly on the mobile where click-through rates are very low because of the extensive use of disruptive mobile banners. “Mobile consumption has evolved” Skiri added. “Now that all are using smartphones and tablets, and we can now do display adverts, rich media and video advertising. The problem is that when we are using banners, the user who clicks on it will leave the current page so we had to create a device within the banner which is not going to divert attention.”
This is particularly the area in which Boost Communications has been innovating by creating new display banners that look different. “Display banners don’t quite work at the moment. Mobile advertising needs to be taken to a level higher through the understanding and interpretation of reading context, location and the understanding of previous user behaviour” Øystein Skiri said.
I have been able to see 3 kinds of innovation in the field of mobile display which I found particularly interesting: 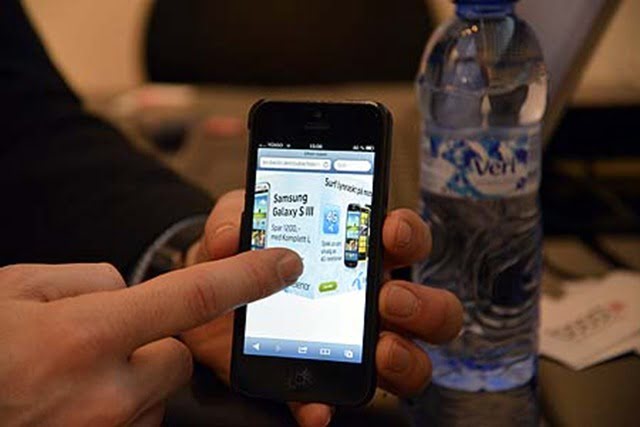 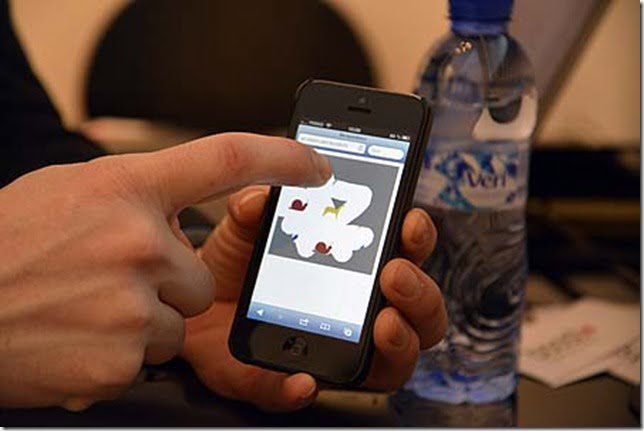 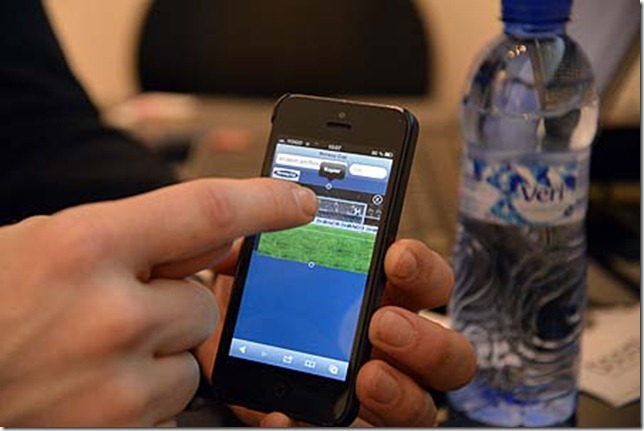 [in-banner penalty kick game on mobile – this time it’s a goal!] Boost communications is also responsible for the madmaker application, a self-service panel for producing banners and landing pages, mostly aimed at small and medium-sized businesses. The application can be used as is or delivered as a white label service. Publishers and agencies love that feature and end-customers in the B2B arena can also use the software directly. This technology is very straightforward and easy to set up; it is producing mobile land pages in the responsive design standard which are available on all kinds of screens. A partnership with the Google ad network will be provided in the short term Skiri added. 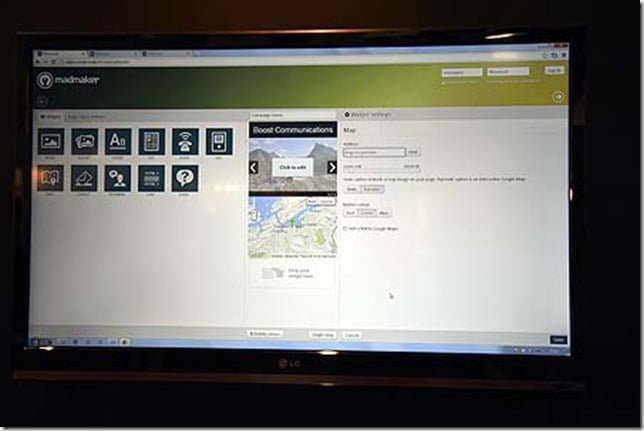 [madmaker screenshot: tools on the left-hand side, preview in the middle, settings on the right] Boost communications employs 55 people and is based in Oslo, Trondheim, London, Dubai and Johannesburg. It was founded through the Norway VC scene and received funding of 25 million Norwegian Kröner last year. Its objective now is to grow interest in new projects and new geographies on very fast-growing markets.