Our 4th visit of innovative companies in Silicon Valley was devoted to i365, a Seagate company. The presentation was delivered by Terry Cunningham, President and GM of i365, George Hoenig, head of products and services and Valerie Fawzi, head of Marketing. The topic was the reinvention of the VAR business.

Terry Cunningham of i365 reinvents the VAR business

“The world of storage is changing!”

What we are going to talk about here has never been done before, Terry Cunningham said by way of introduction to his presentation.  Seagate acquired a bunch of technology players before (in the 1990s) which gave birth to Veritas. 3 years ago, Seagate went to but a few companies to build a worldwide leader in storage and services.

So, what’s new this time which didn’t exist 20 years ago: The Cloud is the response to that question Terry Cunningham said. The term cloud creates the idea of a secure, reliable place where your idea is safely stored: this is why i365 is calling its project the vault, or even e-vault to be precise. 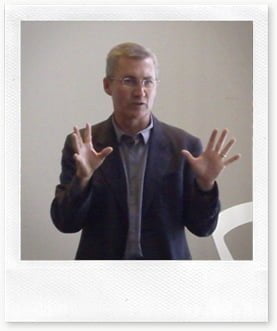 “There aren’t several backup products, one per function like our competitors” Terry added. E-vault powers 38% of cloud data protection, according to i365 and serves 30,000+ customers; they are only SMEs (the company doesn’t serve enterprises nor consumers).

The i365 approach is ‘channel-friendly’, i.e. based on indirect sales, therefore enabling partners to take part in that game and Seagate backs the company. This is an important asset because, Terry said, the Seagate backing is a guarantee that customers’ data are protected. These service partners are names “CCSP” which stands for Cloud-Connected Storage Solutions Provider.

How can service providers provide backup services to their users if they can’t build the service by themselves?

VARs have problems now as their clients are registering for online backup services by themselves and they aren’t even asked to provide the service. This is where i365 is playing a role. With this programme, the VAR has the first copy, but i365 is backing them. Backups are being replicated to other places than the US when Europe is involved (UK and Canada in some instances).

How does it work?

On top comes the eVault cloud. The VAR (Value Added Reseller) provides proximity – with Seagate drives – and can deliver the recovery of the data in just 21 min. But in case a problem hits both client and the VAR (because of the same physical proximity which in that case is an issue), the VAR can get back to the i365 EVault cloud to recover the client’s data.

i365 then provides managed services around the data backup. VARs aren’t just looking for back-up but the services that go with it. Many customers have never been in the service business, George Hoenig declared, so the company delivers tools for them to improve their offer.

To ensure that the process is smooth and that data is backed up properly with the available amount of bandwidth, there are 3 main steps:

The front-end Vault system at service-provider-end enables multiple customer back-ups. It does multi-tenant billing, reporting and alerting to let the VAR deliver the right kind of service to its SME clients.

If a disruption of service takes place at the VAR level, the data can be restored from the eVault in the cloud by i365. The eVault service is co-branded so that – even though the contractual relationship is taking place between the end-user and the VAR and even though i365 doesn’t have a contract with the end customer – in the unlikely event that the service provider goes out of business, i365 can direct them to another partner. VARs are free to resell or even offer the service if they want to bundle that service into another one.

It costs as little as €17,500 to get started with the i365 programme as a VAR, and the appliance can be built as the business grows. The monthly licencing fee that goes on top of the upfront payment is assessed on storage usage, includes replication and storage; the fee automatically decreases as the business grows and an option exists with which service providers can pre-pay the licencing fee for a discounted rate. Everything has been made to favour Service Providers and maximise their benefit.

A pilot has been carried out since the Summer of 2010 and approx. 15 service providers have been involved in that programme, a good proportion of which are located in Europe, and there is a huge potential for this kind of services over there.

A Forrester report entitled ‘channel models in the Era of Cloud’ was released on November 3, 2010, in which it is highlighted that 77% of service providers are interested in providing storage, backup and disaster recovery cloud services in the next 12 months.

There are 3 types of service providers which could be interested in that kind of services:

Small VARs have already participated in the pilot, such as Xanadu in the UK, Noeva in Monaco or France’s Champagne Informatique (the latter catering the lower end of the b2b spectrum), EspritXB from Sweden…

There are different levels in the channel business model of i365 with 3 tiers of resellers:

Cloud storage is only a beginning

Terry concluded by stating that this was just the beginning of an array of services aimed at putting VARs at the forefront of IT for the midmarket. “The cloud market for this kind of clients isn’t big enough” he added, “and this is because the VAR has been cut out of the deal”.

This is why i365 has decided to make VARs the most important part of that deal: it is the founding vision of i365, and Terry Cunningham warned us that new services would come shortly to back this vision.

More information about i365 can be obtained directly from their Twitter account (@i365) and the perusal of their blog at http://blogs.i365.com.