EMC has just taken over Isilon and both businesses share a common understanding of where the storage business is going. On November 17, as part of our November US press tour, we went outside of Silicon Valley. We took an early morning flight to Seattle to meet with the representatives of Isilon, a leading innovator in distributed storage for the past 10 years. We were greeted by Sujal Patel, President and Chief Executive Officer and founder of Isilon. One of the most exciting pieces of news for today is the planned takeover of Isilon by EMC; even though this is not yet a closed deal at this moment, we were able to talk about that subject very openly with Sujal and his teams. 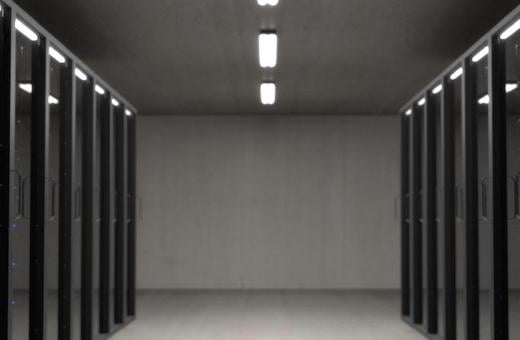 Sujal Patel (right) is a former employee of Realnetworks, the company that pioneered media streaming on the Web in the mid-1990s.

All his work there led to the realisation that content creation was exponential and so was storage to support such content.

From such realisations, Sujal Patel deduced that Storage had to evolve and scale effectively, and this is how Isilon was created to apply the concept of distributed computing to storage. The growth in the storage industry was and is even more and more overwhelming. 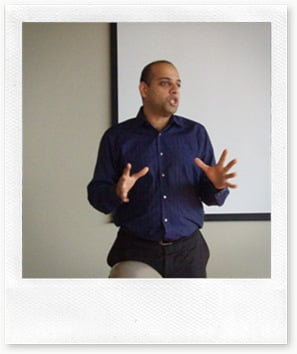 Data is becoming increasingly unstructured with an evolution towards a 90% share of unstructured data in the overall mix.

And this is far from being finished, and there are predictions by analysts that there will be a 44 times growth in data storage from 2010 to 2020;  Gartner even announced that technology like Isilon’s would therefore become critical in that increasingly chaotic environment.

The company was founded in 2000, and it hit the marketMarket definition in B2B and B2C - The very notion of "market" is at the heart of any marketing approach. A market can be defined... in 2003 with a focus on the Web and Web services. The size of the business is now growing very fast, with a 77% year on year growth by the last quarter.

The problem of dealing with big data is a problem which all companies will have. In the future, all data centres will resort to virtualisation, and fast networking will connect the storage systems so much so that Isilon views itself as the company which most clients will have to rely on.

As it happens, this is already the case with loads of clients in and out of the Web 2.0 space. George Bennett, EVP worldwide sales exposed that France was Isilon’s most buoyant market due to the remarkable vitality of Web 2.0 services in that part of the world.

Isilon to become an independent division of EMC

The announcement was made on November 15 even though the deal is not yet completed. According to Sujal Patel, the deal between both companies makes perfect sense. “The EMC offer was considered the best offer for our shareholders” added Patel. “We at Isilon think that our technology is compelling, but only a larger company can take this business to the next level, mostly internationally” he went on.

Besides, Patel thinks we are entering a new stage of the IT industry and that the EMC-Isilon deal – in which Isilon will remain independent from the mother company – is a good means to help clients transition to that stage of the business.

Today, new architectures are being brought in clouds, both public and private, the skills at both companies are different, and the combinations of EMC and Isilon technologies will enable us to create a platform with which more value can be delivered to customers. EMC shares a joint ambition with Isilon” Patel concluded.

Sujal, could you tell us about Isilon, the way you founded it, what it is and how the business goes?

Isilon was founded ten years ago, and what we realised a decade ago is that the type of storage that was going to drive enterprises in the course of the next ten years was going to change. Ten years ago, 80- 90% of storage capacity in enterprises was consumed by “block-space data” which were coming from traditional text-based applications. As we started to see the world move towards a world of pictures and digital content and unstructured data, what we call “big data” today, we realised that in the course of the next decade, the kind of data that companies would struggle would flip and that there would be a huge avalanche of these unstructured data”. By 2008 it had flipped already, and more than 50% was big data, by 2012 it is expected to be 20% of the data in the enterprise which will be file-based and the volume will increase by 44 times between now and 2020. It is clear now that a new architecture is required to deal with that mass of data, which we started doing 10 years ago by leveraging distributed computing principles into storage to create a very scalable and flexible storage infrastructure.

It has been a type of plug-and-play architecture, hasn’t it?

As you mentioned that the Internet and Internet content was significant, I suppose one finds Internet services within your clients, people like Facebook and Dailymotion for instance?

Certainly! When you think about our business, the way that we had to market it way back when we released our first product, the first focus was to go after customers who had problems with the storage of masses of digital content, amongst which a lot of unstructured data; that meant web 2.0 and Internet services companies like Facebook and Dailymotion and others, it meant going to the media and entertainment industry (film, broadcast television, publishing) because they were moving from an analogue to digital process dealing with masses of files. And over time what we found is that more and more enterprises started to struggle with the same problems: biomedical research and life sciences, pharmaceutical companies, manufacturing and semiconductors, high tech, carriers as well as Government and education etc.

What are you doing with telecoms operators like Orange Business Services?

With carriers, it’s fascinating. When we are talking about carriers we are actually talking an extensive set of companies like wireless carriers, cable operators, MSOs and incumbent telcos and there are Internet Service Providers in that category as well. In general, there are a few things that are driving mass storage requirements within that space:

On November 15, it was announced that EMC was acquiring Isilon. Can you tell us about it?

On November 15, EMC announced it intended to acquire Isilon for $33.85, which is about $2.5m and the rationale for EMC behind making that announcement was that they see just as we do, this massive potential that “big data” is about to create. They have a view of this multi-million dollar opportunity for “scale-out NAS” (*) and with that deal they have products with which they can capture that potential. As a consequence, this is an incremental opportunity to apply scale-up NAS technology to a very new and fast-growing market.

Part of the excitement for me is that, once this transaction closes, we’ll have the opportunity to leverage 12 or 13,000 professionals operating in 83 countries and we’ll have the opportunity to leverage the assets that they have including VMWare which is the predominant virtualisation technology. Together, the combination will allow a better customer experience for this next-generation data centres being built.

George Bennett, your EVP Worldwide sales mentioned earlier that you would remain a separate organisation within EMC. How will it work?

As we talked in a conference call on Monday, Isilon will be structured as a subsidiary of the information infrastructure products group inside EMC, and we’ll operate as an independent organisation headquartered here in Seattle. We will increase our investment in our Research and Development here, and I will still lead that organisation which is exciting!

(*) “scale-out” NAS or Network Access storage is a distributed storage method which is opposed to “scale-up” NAS; with the latest, servers are added on top of one another and data is always written on the newest servers. With “scale-out” technology, storage control is spread across different racks so that the power is distributed. The result is a net increase in efficiency with “scale-out”, compared to “scale-up.”