The global innovation report is a yearly report showing R&D spendings and Innovation Investments across different industries. For reference, I have included the 2009 results by industry and the 2011 version below. The sectors which invest in R&D do not differ much from one year to another.

Although the report states that R&D investments doesn’t always mean that innovation is produced, or that this innovation is performing better than other products investments diluted across other budgets, there a precious few metrics that make it possible for us to measure how innovation is faring. So we’ll have to make do with this. 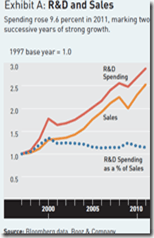 What the report shows as well is that rising investments mostly happe in America, whereas Europe was already deep in recession at that time. I can’t wait to see what the 2013 report will show.

An interesting question would also be to wonder what is actually meant by R&D spending and whether all product development efforts are measured under that umbrella. I have seen a lot of companies in which R&D is kept as a separate effort and doesn’t represent the main area for product design and development ; this is significant in a world in which innovation is driven by vendors’ offerings, mostly in the Computing & Electronics world, the first sector for innovation in that study.s 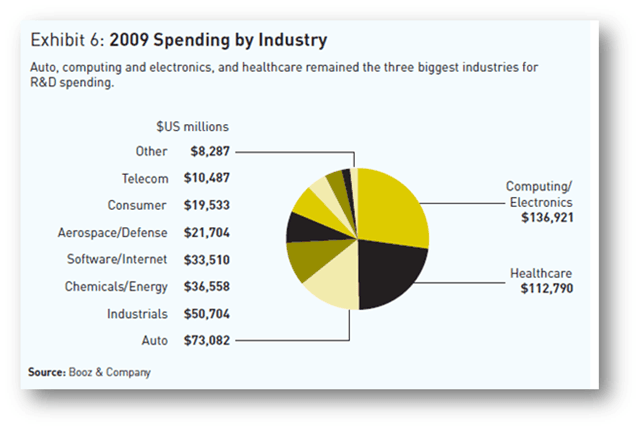 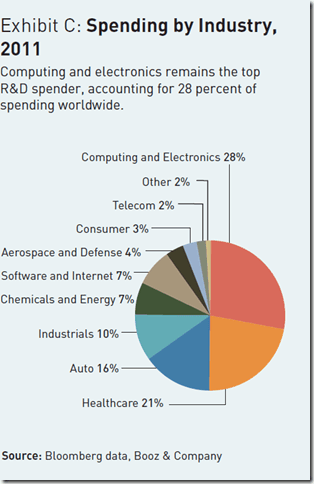