On June 2nd, 2010 we had the opportunity to meet with Howard Greenfield, president ofGO associates, a global consulting firm that helps companies bring technology to the marketMarket definition in B2B and B2C - The very notion of "market" is at the heart of any marketing appr... place. Howard Greenfield is also EIR (i.e. Executive In Residence) at the plug and play Tech center, a unique facility in Sunnyvale California, at the heart of Silicon Valley, which helps start-ups and big companies get together in order to grow their business. 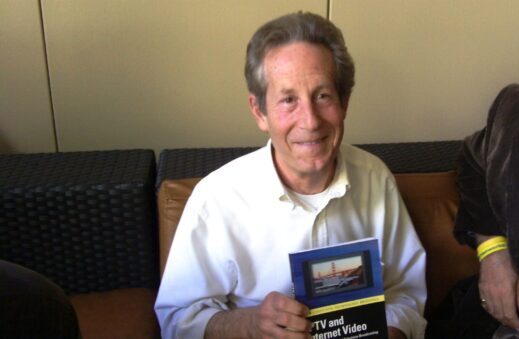 Howard also worked in Paris for a company which developed photo portals in the late 1990s. He also worked with Sun, Informix, Apple and did some consulting work for British Telecom.

He is also a columnist and writes pieces for NAB and he is the co-author of a book about IPTV and Internet video which can be found here at Amazon. Currently, Howard is working on an article entitled “the secret life of start-ups” which will describe what goes on in the world of start-ups in Silicon Valley.

We took this opportunity with our fellow journalists, all members of the French IT press tour in the Silicon Valley, to ask Howard Greenfield a few questions about his feelings on entrepreneurship, the business outlook and how things are going on on a daily basis in the fast lane of high tech Californian business.

“Every day, there is a series of 5 to 6 sessions of start-ups in front of venture capitalists,” Howard says,  “some of these VCs are very supportive. Some are very arrogant, dismissive, discouraging”. “The reason why VCs are sometimes getting arrogant” Howard adds is that “the financial picture is more squeezed and there is an erosion of the technology financial infrastructure at the moment in the Silicon Valley. There are also arrogant start-ups by the way, which are not respectful of venture capitalists either” Mr Greenfield points out.

When asked to cite one of the craziest examples is that he has witnessed, Howard mentions one particular start-up, which was trying to recreate an entire 3-D desktop browser interface in which every graphic would be 3-D so as to supersede the incumbents which are Microsoft, Google and Apple etc. “That was crazy but exciting (I mean ahead of its time). The response was: ‘are you guys real?'”. But in a way, Howard says, “if your innovative project is embraced upfront it means that you’re doing something wrong! Rejection proves that the technology is disruptive, it’s the foundation for innovation. Because when innovation is significant it is disruptive and it upsets people in the way that they usually do things.