Part II of my minutes of the private Youstice meeting which took place in Prague on October 18-19, 2014 is devoted to another subject: the Internet of things. 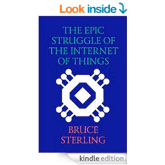 “It’s a little like 1978” Doc said: “we were then talking about personal computing and we were then offered several kinds of standards which we ended up not using. “Right now we have a similar situation” he went on: “it’s the Google of things, the Facebook of things, and Amazon and things etc. and amongst those, it’s mostly Google’s and Amazon’s that are the most coherent”.
Yet, maybe our efforts are doomed to failure if all that can possibly be connected through the Internet Protocol is indeed connected and we haven’t thought about the customer journey: “Esteban Kolsky turned the buy cycle upside down” Doc Searls went on. “We have all these things we own and they all have their identity. The way marketing sees it is that we buy all the time whereas we tend to own more things than we buy. 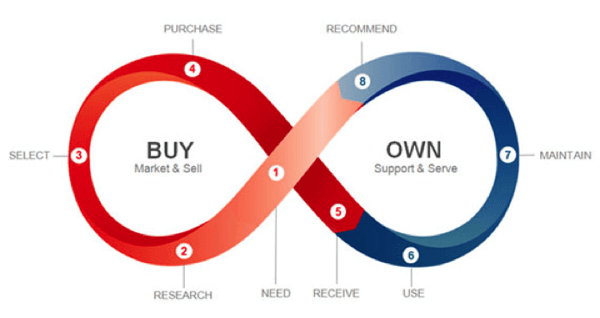 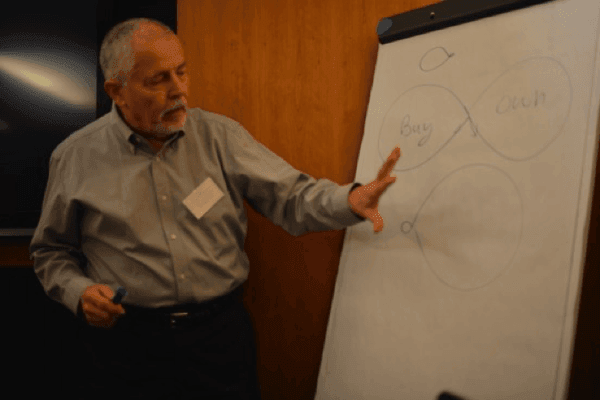 We see this space in the Internet of things where every single thing is also a touch point for a relationship between you and the company. “This is a first person technology” Searls added. I’m the one who owns this cloud, this camera etc.
“This isn’t how people are seeing the Internet of things but this is how I can see how to reverse things” he said.
Ethan Katsch, the inventor of the field of Online Dispute Resolution challenged that idea: “The question is who owns that cloud? Who owns the data that’s in the cloud?” he asked.
Doc Searls responded that “inside the automobile industry there are a lot of things happening” and mostly, manufacturers aren’t all sharing the same views.
Ford for instance, “wants to spy on you, have advertising space on the car-browser, on the dashboard. On the opposite, there is VW who say they ‘don’t want to be a data octopus and let’s not make the same mistakes that the IT industry is making’” Doc went on. If we (the buyers) did take control of our buy cycle, this could be very good for our industry. And imagination is the limit he commented: “[retailers like] Tesco with their loyalty card only have limited information (what you bought but not the person behind the purchase: you see the shadow of the person). It’s a wide-open field”.
“The more we can experience owning our own lives”, “Doc said, the more beneficial technology can be for us”.
_______________footnotes
[1] Barring a few R&D examples which keep cropping now and often like http://group.electrolux.com/en/a-refrigerator-that-thinks-intelligent-refrigerator-will-simplify-homes-4349/
[2] http://blogs.law.harvard.edu/vrm/tag/esteban-kolsky/
[3] ttps://twitter.com/windley