Years aren’t measured in just months and days but in the intensity of our experience November 15th wasn’t quite a day like the others. Woken up in our New York City hotel room by an SMS alert at two in the morning, we learned that the police were evacuating Zuccotti Park.  We consequently changed our morning’s plans and decided to visit the sights of Lower East Side. The protestors were now everywhere but occupying Wall Street, the movement’s sympathizers and the curious provided quite a spectacle.  This circus atmosphere clashed sharply with the peculiar beauty and eerie silence of the 9/11 memorial just a street away. The dissonance between the two left us both dwelling on the past and wondering about the future, and convinced more than ever of the need to focus on what’s important.

The morning’s events led us inevitably to look for coffee off the beaten path.    We found a small convenience store on Lafayette that offered hot drinks a few tables and chairs to rest our feet. The store’s major attraction apparently was neither Starbuck’s nor Ghirardelli’s, but a myriad of conversations of the indigenous population around Chinatown.  The store wasn’t exactly packed at three in the afternoon, but the conversations about the day’s events, projects and challenges occupied every available space.  As we took in a few sips of coffee and several earfuls of conversation, we couldn’t help but think of Paul Auster and Wayne Wong’s film Smoke, and especially Auggie’s conversation with Paul Benjamin about his photo album. Although places are often haunted by similar people and events, their stories are continuously shaped and refined by experience.

Our eyes slowly focused on a police officer sipping his own coffee at the table next to ours, seemingly oblivious to the conversation around him.  Alone, of medium build, perhaps in his fifties, and not exactly fashion conscious, his weathered skin and uniform seemed to underline the troubles of the day, or perhaps of a lifetime.  We were struck not only by the fatigue that seemed heavily draped over his shoulders but by his intense concentration in filling out some kind of list. We imagined how hard his day must have been, and asked him if he was glad that it was almost over. He looked up from both his paper and coffee, his weary smile and drained eyes seemed to welcome the opportunity to tell his story.

He explained that his day was pretty much hundreds of others in the past – trying to insure that the pain, the energy, and the commotion of the City didn’t get too far out of hand. Much more important in his mind  was the list he was compiling of his favorite songs that he wanted to record for the end of the year.  As he saw that we didn’t quite understand, he filled in the details.  His life had never been easy, but his girlfriend’s condition was even worse – he feared that she would not make it through another year. His work as a traffic officer differed little that of his colleagues: he didn’t want to be just another uniform.  Decorating the house for the holidays, playing the music his girlfriend loved, and by doing so piecing together their collective memories, was his way of making a difference.  The stories people share  when we take the time to listen….

This chance encounter certainly couldn’t compete with the more media-ready headlines that day. To put things in perspective, the jury is out on whether the events of that day will ever “make” history. I’m not even sure that I could find that coffee shop again on Lafayette, let alone recognize the fellow that took the time speak his mind. Yet there was something profoundly human in that fleeting exchange. I hope I will long remember what he was doing his best to share.
With our warmest wishes for the holidays. 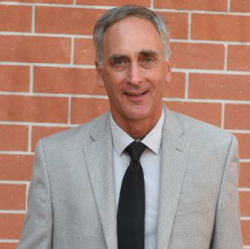