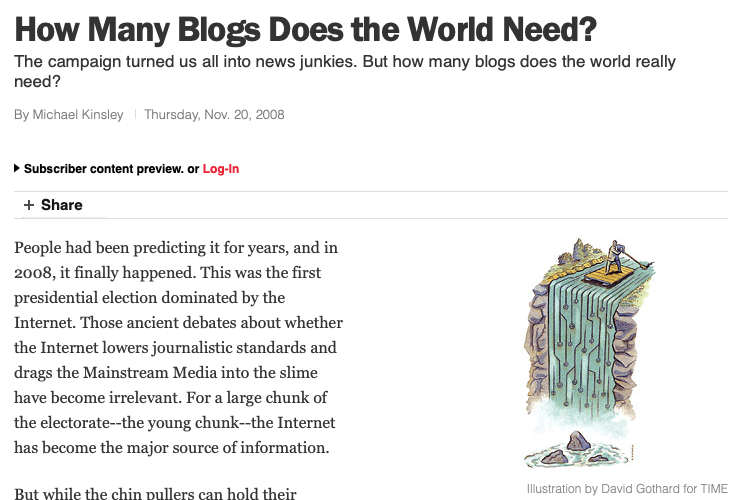 Poor is the substance, alas! and yet I’ve read all the books(1) was Stephane Mallarme’s introduction to “Brise Marine” a cryptic yet exalted poem in which the author was venting his Baudelairian ‘spleen’ (i.e. in its archaic sense something like the modern ‘blues’ or existential malaise – Merriam & Websters meaning 3), and the urge to flee towards new horizons as if a refreshing breeze from the sea (hence the title) was enticing him to leave his home, everything mundane and above all his new-born child who kept him awake at night and prevented him from creating. Such was the thought that came to my mind when I came across Michael Kinsley’s article in Time magazine entitled ‘too much information’.