Skip to content
According to a study published by OECD, 70% of the population aged 16 to 65 within the OECD member countries lacks expertise in computer science. This phenomenon, called digital illiteracy , is the result of fears or dislikes and not just a lack of access to electronic resources. Hence,web application designers should be considerate of this lack of digital knowledge while creating a user interface. The OECD study mentioned that the computer skills of users are even worse than what the researchers had anticipated. Here are some thoughts on this subject.

What is Digital Illiteracy?

Literacy is defined by the OECD as the ability to understand and use information to expand one’s capacity. In other words, the study reveals that a part of the population does not have the computing capabilities to track and use digital tools.
Digital illiteracy may not only be the result of a lack of access to computers, but also of a lack of knowledge.
This phenomenon is too often ignored by UX (User Experience) designers. With a computer culture more developed than the average, it is difficult to understand the needs of the end-users instinctively, especially if the target audience is large.


A phenomenon less innocuous than it seems!

A recent OECD study showed that digital illiteracy is more pervasive than what we might think. Although, according to the international telecommunications union, more than 50% of the world’s population has access to the internet, few have the skills to use it properly.

Indeed, according to this study, only 30% of the population of its member countries have an intermediate level in Computer Science. If you are a web developer, or if you are undergoing a training to be one, then you are certainly among the top 5%.
Therefore, according to the OECD, out of 70% of the population (from amongst its member countries, mainly those in North America or Western Europe) who have low or bad computer skills, more than 25% are unfit to use digital tools.
The study shows that almost half of the adults have only primitive problem-solving skills within a computer environment. This means that they have trouble solving problems that require more than using a familiar application. This data is relevant for governments in terms of how they design and implement digital economy policies, particularly with respect to e-government portals and online access to public services.

Since designers are very different from the majority of the target audience, it is difficult, if not impossible, to estimate the latter’s needs.
To identify clearly the type of users you are addressing, and to allow a better coordination among teams, it is best to establish personae. In other words, it’s about defining the typical profile or profiles of users in order to better comprehend their digital disposition. These personas must be kept in mind throughout the development process.
When designing the user experience, it is essential to test and interview people you wish to target. If you observe the behaviour of your users, you can easily decipher their “pain points” and consequently make efforts to address them.
These tests also make it possible to review the functionalities that the users do not, or seldom, use; or, as a means to explain them during the first use (on boarding). This stage of the application is crucial, because even if it is not always the right one, the first impression is often the one that remains. A study shows that 22% of downloaded applications are used only once. It is therefore the first interaction which must elucidate how your application works and highlight its primary features for the user.

Finally, do not risk drowning the users into too much functionality

The American programmer Kathy Sierra has brought this phenomenon to light with the “featuritis curve “: due a multitude of features, the user might feel lost and may even be unable to fulfil the need for which he downloaded the application.
That’s why, when designing an application, we must always keep in mind this quote from Antoine de Saint-Exupéry‘s book Terre des Hommes (1939):
‘Perfection is finally attained not when there is no longer anything to add, but when there is no longer anything to take away,…’ 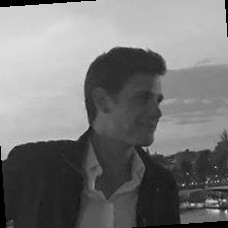 a
Latest posts by Ernest Margerie (see all)