Eli Khamarov is a very smart person. Wherever you go on the Internet, you’re bound to find at least one of his quotes. One day I needed one to stress the need to always face the unexpected. A few clicks later, here pops up our friend Eli and one of the quotation websites had even gone to the length of building a smart graphic with a Sea turtle on it (no longer available, but I kept a screen grab for you). Here is the quote “ the best things in life are unexpected – because there were no expectation”. That was a brilliant line, I thought. But then I asked myself “who is this Khamarov type?” and “Where is he from?” In what “Worldwide best-selling opus can I find those smart quotes?” Here is what I found, and what Eli Khamarov taught me about knowledge and the Internet.

Eli Khamarov is all over the place. He is a philosopher, a thinker and an authority on almost any subject. Well, at least on the surface of it. Half dozen quotation related websites including Brainyquote (that is to say, until I did something about it and sent them an email) know about him. His quotes are witty, high brow. Very impressive. Here is a sample:

“Poverty is like punishment for a crime you didn’t commit.”
“To admit there is no god(sic! vs. God) is to provide free license to pillage and rape with clear conscience” (Voltaire would have liked that)
“The best things in life are unexpected – because there were no expectations.”
“Poets are soldiers that liberate words from the steadfast possession of definition.” (now, that one is really brilliant)
“Most people are awaiting Virtual Reality; I’m awaiting virtuous reality.” (I told you the guy was witty).

But who is he then? My first reaction was to Google his name, naturally. After all, such an unusual name is bound to show interesting and tale-telling results, I thought. Yet, there is only one page about Eli Khamarov and it’s, thankfully, his biography.

This biography of Khamarov’s is very detailed, showing a picture of a man in his 20s. The shot was therefore, supposedly, taken in the 1960s. Eli Khamarov is from Jewish Russian descent but, we are informed, emigrated to the United Kingdom. Therefore, this 1960s shot is supposed to have been taken around that period in the UK. This, in essence is very suspicious. Post-war Britain may have been slightly unhinged by the Blitz, but the quality of pictures in the 1960s would have been much closer to the one of the Beatles on the righthand side rather than that on Eli Khamarov’s biography page. 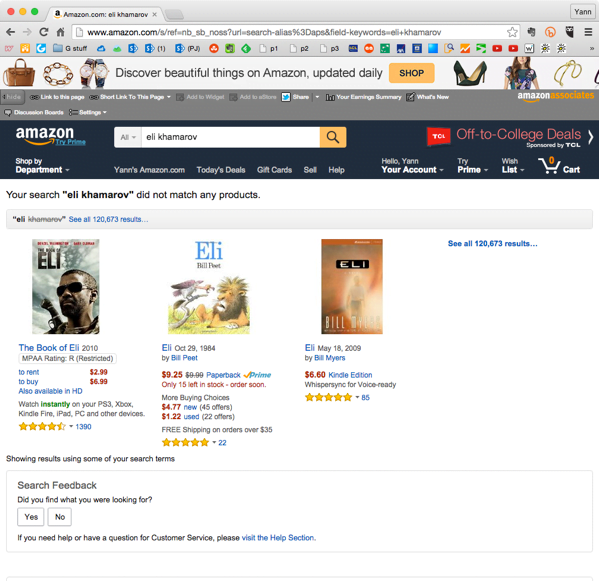 Going back to the biography of Khamarov, there are quite a few disturbing facts about it. First, as pointed above he was born in 1948, as the picture shows a man in his 20s the picture is a bit dodgy. Next, the biography doesn’t have as much about his life per se that is very emphatic: “he has the humour of Marl(sic!) Twain” who I suppose is “Mark Twain” and has “the insight of Juvenal” and also the “criticism of himself”. Which shows that he is not only famous but he’s also very smug.
To top it all, one is told that “he had acquaintances with Mossad agents” and last but not least, there is the small print at the end of the first paragraph which mentions that this superb text was taken from the cover jacket of a book entitled “surviving on Planet Reebok(sic! again)”. This “famous author” also has an email address would you believe it or not, on iname.com which is a kind of parking lot for websites. External links are here to prove that he is mentioned on famous websites like Yahoo! even though none of these links are working. The rest of the page is made of ratiocinating drivel taken from improbably named books of which no trace at all can be found on Amazon nor anywhere else.

Weirdest of all is the entry in IMDB which shows a documentary retracing the life of the celebrated author. Yet, few traces can be found anywhere of either “star”(sic! again and again) John Robert Ciet, let alone of director Jeffrey Gold, whose Wikipedia page has been deleted. Unless you speak French and then you will be able to know that the cinema man was born in 1968. 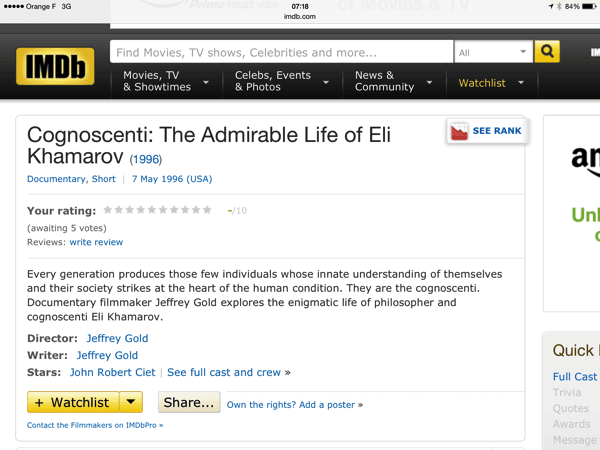 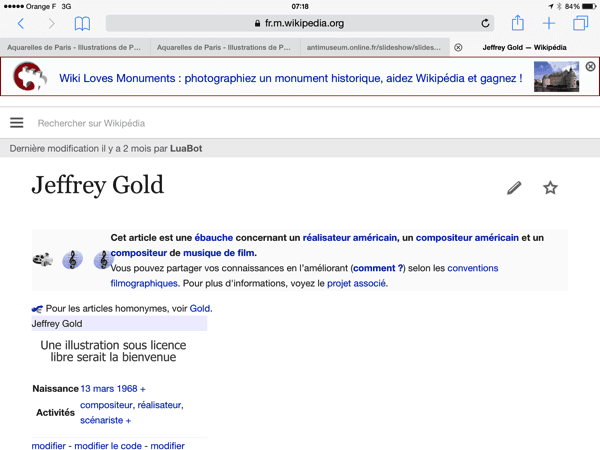 Of course, Eli Khamarov is a prank. Probably one engineered by some clever maths student(s) from the university of UTAH, on which site a sub-page has been created for the purpose. A forum discussion warns people about the suspicion surrounding the existence of the famous philosopher, whose quotes we can only admire, for their wit.

What Eli Khamarov tells us about the Internet

I know that most readers would think that faking an identity like that is pretty easy and that this is the proof that anything is possible with online writing. There is no way of proving anything, the Internet isn’t reliable and so on and so forth. I would venture to say that what Eli Khamarov has taught me is just the opposite. For one, creating a fake identity like that on the Web isn’t easy. The maths students at Utah university who did that deserve our congrats, mostly for the IMDB page, this is absolutely brilliant. It’s not only clever however, the quotes are so good I have decided to keep the one about the “unexpected” for my lecture on Sept 23 at GEM (Grenoble Ecole de Management) for the opening of our Advanced Master in Digital Business Strategy. This quote, if anything, will also serve my purpose of showing how information can – and must – be cross-checked.
What the Eli Khamarov story shows too is that the Internet brings the power of the crowd to life, because, as Howard Rheingold showed us some time ago, not all crowds are stupid. A small forum discussion can work wonders where internal processes fail to work. It’s reassuring, in a way, Heaven can also be paved with good intentions (wouldn’t that be a brilliant Eli Khamarov quote). In a sense, I regret I warned Brainy quote that the Khamarov story was a prank. It’s a brilliant example that information can be easily checked, that the network works and that the forces of evil (not Khamarov’s but truly evil forces) can be battled. Last but not least, I loved Eli’s quotes, I will miss him. Fine, I won’t send an email to IMDB, I promise.

Called by some the Juvenal of our century, Eli Khamarov has provided the insights into our society which can only be made by an outsider. One critic put it best : “He embodies the eloquence of H.L. Mencken … the humor of Marl Twain … the insight of Juvenal … and the criticism of himself.”The only son of a Russian father and German mother, Eli Khamarov was born in England in 1948. His family later ventured to Israel, where he “mis-spent” his youth. Becoming disillusioned with the political climate and politicians “whose noses flared at the smell of gunpowder,” as expressed by Victor Ostrovsky, a former MOSSAD agent, a then older and wiser Khamarov moved to a quiet life on the coast of Maine, near Ogunquit. Having “observed life more than living it”, Khamarov is putting his thoughts and observations to paper. Some of these thoughts have been collected here. (From cover jacket, “Surviving on Planet Reebok”)[By constant prodding, fans of Eli have persuaded him to enter the age of email; write to him at eli.khamarov@iname.com.]Reprinted without permission.