What if VRM were the new CRM? The concept of vendor relationship management isn’t quite new. It’s been around for at least four years as far as I can remember from my earlier work on the subject at the end of 2010. At the outset, I must admit the concept was a little bit lost on me even though I could well imagine that something was brewing in the background.

There CRM systems were somewhat one-way and the vendor – consumer relationship pattern was a little on the top-down side; so what!? One day, a Czech gentleman based in Slovakia gave me a ring and came to my Paris office in order to introduce the concept to me.

And it all started to make sense. His angle was a lot more down to earth than what I’d heard on the subject before.

Seen through the filter of online dispute resolution (ODR) management, I could well figure out that VRM naturally fits in the overall pattern of this inversion of the traditional relationship with customers, after the past six years of experiments and industrialisation of CRM and customer support on various social platforms (of which I have been an active player in the field). Here is my account of my brief encounter with Zbynēk Loebl, the founder of Youstice (aka “your justice”).

VRM is the new CRM

I think that the introduction of innovations like Youstice may well be a sign that things are moving forward in the right direction… And not only for the end customer I mean, but also for retailers who are concerned that their current level of support isn’t up to scratch and wish to do something about it before their reputation has to suffer from the current state of procrastination and before it’s too late. Here’s a video recording of my brief encounter with the founder of Youstice, Zbynēk Loebl.

As shown in the above gallery made of screenshots taken from the Youstice.com demo site (which is mimicking an online shop equipped with the youstice plugin), the 3-step process is simple and straightforward (I have taken 12 screen dumps which cover the whole process), even though there may well be a few required adjustments in terms of process, brevity and wording. Anyway, one can easily picture what the solution is bringing in terms of renewal of the vendor-customer relationship.

Here’s the transcript of my interview with Youstice’s founder, Zbynēk Loebl. 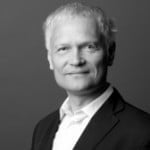 Youstice is a service for retailers for customer dispute resolution. It is a new service that is globally available, simply because the Internet is no longer English-speaking or American for that matter; it is worldwide. With Youstice we have designed a communications system which enables customers and retailers to communicate very easily and to resolve their issues. And if they cannot their resolve their issues on the spot, customers can then escalate them through third party. These independent third party bodies can act as ombudsmen and help them settle the case on their behalf.

When the customer clicks on that button, he then enters the Youstice environment. This customer will get a very simple form to fill-in, he can do that that by clicking on a couple of pictograms which relate to the issues which happened on the retailer’s website, and then he will then select the kind of resolution that he desires: product refund, price reduction etc. This is then transmitted, and then the retailer gets immediately a notification about that case and he can react. He is also presented with a very easy entry form, which he can fill in easily by clicking on a few pictograms as well and act on the issue. And then the negotiation takes place.

Case resolutions are a two-way process: first, a set of predefined responses which can be filled in by the retailers when they set up the system, and another process whereby cases can be escalated with an ODR. Can you describe what an ODR is all about?

ODR stands for Online Dispute Resolution. These are dispute resolution bodies which are either established institutions like arbitration courts attached to Chambers of commerce which just extended their services to encompass the online environment. Alternatively, they are innovative experts in online dispute resolution who have seized this opportunity fill in a gap in the marketMarket definition in B2B and B2C - The very notion of "market" is at the heart of any marketing approach. A market can be defined....

So your system is a vendor relationship management which can be used by consumers to settle their disputes isn’t it?

Indeed. Most people know CRM (Customer Relationship Management) systems. CRM is mainly for retailers as it’s about sorting out data about customers: names, purchases etc. We have designed a system for consumers. This is different. We offer a supplement to standard CRM systems. In favour of consumers who can actually take the matter into their own hands

about Youstice: you have some very important advisors and well-known figureheads in your capital can you describe that?

We have Esther Dyson from the States for instance; she used to be the head of ICANN. And we’ve only just started. We started at the end of June 2014. We are glad to be here in Paris, because Paris is such an exciting market. I like Paris particularly, because it grabs everything new and we hope to be here again soon for further announcements.