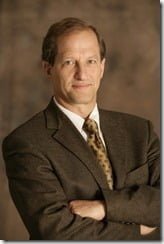 This is the third Sugar CRM executive to be interviewed by visionary marketing.com. My first interview took place two years ago with Larry Augustin, CEO and founder of the CRM company, who is also one of the people who coined the phrase: “open source”. After a brief Skype encounter with the company’s marketing executive Jan Sysmans last year, I now had the chance of spending some time with Tom Schuster, VP EMEA of Sugar CRM. Let’s see what’s happening in Europe concerning the development of CRM usage in this exclusive interview with took place a few weeks ago.

Sugar CRM: the rise of a new customer relations champion

Sugar CRM: not as known as Salesforce but doing frightfully well

Larry had explained his plans 2 years ago, and 2 years later, we can say that “he has delivered on his plan” Tom said. Sugar CRM has been through phenomenal growth and is becoming, according to him, the “fastest-growing CRM company in the world”. So, what are the numbers?

Sugar CRM is in its 7th year of operation. It is most active with mid-market customers (i.e. with 100-150 users), but in the last 6 months, the company generated more activity with higher-end customers (those with 1000+ users).

“This is a space we didn’t target at first, but in which we are definitely getting” stated Tom Schuster.

This hasn’t been quite left to chance though; for “Sugar CRM has a strong relationship with IBM and work very closely with them in the field”. This is what is driving a lot of growth.

Tom has actually seen an acceleration of his business since Q4 2010. According to Tom, Sugar CRM is “now in 3rd position globally in terms of users, with Salesforce at the top of course.

The open-source company “can now boast well over 800,000 seats worldwide and this is still accelerating” added Schuster.

Close integration with IBM has also been worked out from a technical point of view (concerning the Cognos and Lotus product lines). IBM helps Sugar CRM address both the mid-market and very high-end customers.

Sugar CRM in the magic quadrant

“There are between 200,000 and 350,000 users in Europe” Schuster added, “this is pretty big business”. And Forrester gave the company an accolade by placing it in the leader portion of its CRM magic quadrant, i.e. not just celebrating the company’s vision but also its execution capabilities.

The rise of open source

“Open source is now able now able to compete with regular software publishers” Tom Schuster went on. This isn’t new if you include open source stars like EZpublish (of which I am a client), Drupal or Joomla for instance. Yet, Sugar CRM is the first in the application arena to make such a big breakthrough. “With Sugar CRM we are going beyond mere open-source software” Tom developed. “the code is free and can be changed, but building a business on that concept of openness and community is mostly a matter of state of mind and attitude” he rightfully added.

There are 3 areas for the development of Sugar CRM. Let’s review them now:

For more information on Sugar CRM, please visit their Website