First few slices of technological innovation at the 2012 MWC event. You certainly know you are in Spain when you can spot the Patanegra at a buffet, but the motivation for the happy few who were present and invited act the showstoppers event in Barcelona today, didn’t quite come for the quality of the cured ham. Press pass bearing delegates (including bloggers) were indeed allowed in after a short wait a little after 4pm on Sunday 26th and therefore I was able to spend two hours looking at some of the innovations which were on display. Here is a selection, enhanced with a few pictures .

It all started with Nuance, the makers of Dragon NaturallySpeaking – the voice recognition giant of which I am a faithful user and (even unofficially) behind Apple’s SIRI technology – who are into the development of the next generations of set top boxes, ones which will understand you thanks to natural language recognition.

For instance, you will soon just say “show me a film in which Tom Cruise is playing” and you will be shown a selection of films starring the famous actor. We’re not there yet, but it may well mean the end of EPG (Electronic Program Guides) browsing.

The next stand at which I stopped was that of Gracenote, a system mainly know by users who wish to digitalise their – legally purchased – music on their computers. Gracenote is a database containing minute details about music albums but also films.

Yet, Gracenote – now part of Sony for 5 years – is making money on its APIs, not on the database itself (which is updated and maintained collaboratively by its users).

The most interesting thing they showed was what they called Moodgrid which lets you choose music according to your mood as shown on the tablet of the above picture. Other potential applications exist, namely for car music systems. 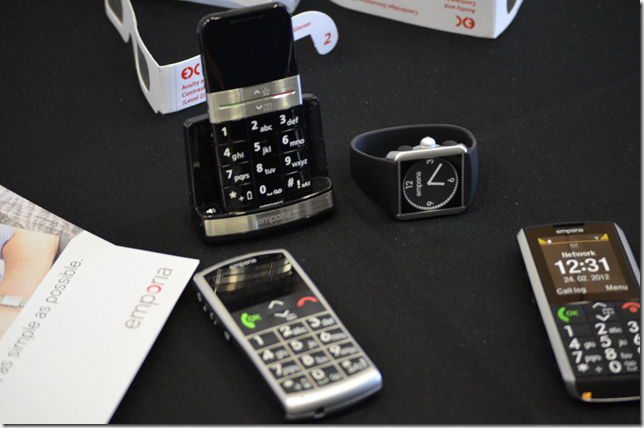 A third innovation I found particularly interesting was … not really an innovation but a way of showing that sometimes, older is better than new! The company is called Emporia and is Austrian.

It has been operating for 20 years but has only been active in the mobile sector for 6 years. Everything happened when Dr Albert Fellner, the CEO of Emporia, realised that each week when he visited his Mom he had to explain to her how her phone works.

It had nothing to with dementia but really with the fact that the product isn’t suited to elderly persons. So he decided to build special phones, with special features of which:

A very clever design which shows that innovation isn’t always equal to modernity. 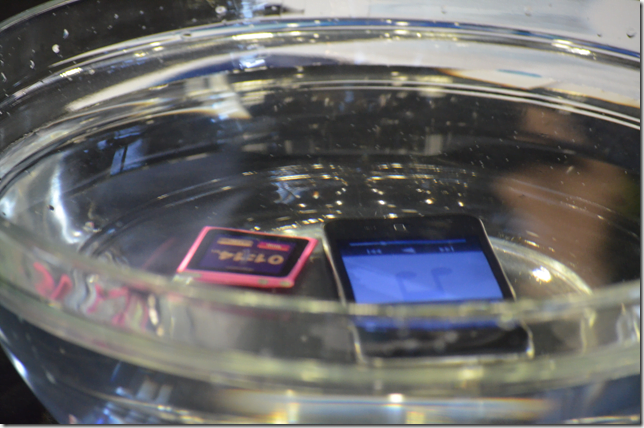 Last but not least, I stopped by HZO’s stand, a company which is working with handset manufacturers in order to equip all phones with thin protective and invisible layers one can add on the motherboards in order to protect phones from water. Their demo was amazing as they showed phones in perfect working order which had spent up to five hours in a bowl full of water.

This innovation should equip new handsets progressively, in the next 2 years according to HZO representatives who aren’t selling their solutions to the public though.

With innovations like these, should never be afraid anymore of flushing your phone through the toilets!