by Alban Fournier (http://www.value2020.net) QQ ID: 1557637787
Alban Fournier is a graduate from Essec Management School in Paris. He has proficiency in Management, Change Management, Marketing and Consulting services. He has worked on various engagements with Schneider Electric and Tencent, the leading Chinese Internet company.
China will be the World’s next Internet giant!
Which Internet company generates the greatest number of micro transactions for virtual goods on a daily basis? If they were asked this question, most of our Western readers would undoubtedly mention Google, or Facebook and they would be wrong. In this piece, I will explain why China is virtually the only country that is able to compete with the United States of America with regard to the growth of its Internet industry.
China has the world’s largest Internet audience thanks to its population, the world’s biggest with more than 1.3 billion people. With the strong increase of its Gross Domestic Product, extraordinary engineering talent, plenty of venture capital, Chinese entrepreneurs and large firms have now the resources to compete worldwide. 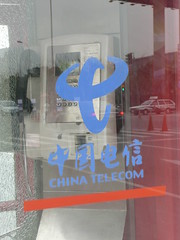 What makes the the Chinese market stand out is that Chinese people use intensively their mobile phones. They are not just using their devices to communicate with other people : they also play games, issue payments and perform many other things online.
Overall, Asia is ahead of us with regard to the usage of mobile devices, Japan and Korea being the most advanced countries. This high and ever growing usage of mobile communications empowers local players such as China Mobile (70% of the market), China Unicom (20%) and China Telecom (10%).

According to CNNIC[1], the total number of wireless Internet users in China reached 302.7 million at the end of 2010, representing 66.2% of the local Internet user base. Such high equipment rates were mainly driven by the superior wireless data infrastructure in the country and the availability of mobile applications such as WAP portals, Instant Messaging (IM) and social games. Secondly, while traditional Text Messaging (SMS) continued to develop after a year of strong growth in 2009, microblogging enjoyed explosive growth and emerged as a major social media contender in China.
Telecom is still a local industry in China … as of now 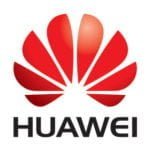 A characteristic of the Chinese technology industry however is that few of those Chinese companies, however successful, have decided to go beyond their own borders. There are counter examples with firms like Huawei which has now managed to become a global company and has clients in many countries, namely by providing infrastructure equipment to Western network and service providers.
And the winner is … Tencent
Getting back to the question I asked at the beginning of this post, the World’s leading Internet company in terms of the number of online transactions on a daily basis is neither Google or Facebook; it is a Chinese company and is name is Tencent. The next part of this piece will be dedicated to their success story.
… to be continued.
________________ [1] http://www.cnnic.net.cn/