On June 1, 2010, we paid a visit to Nexenta, to attend a company presentation on data centre storage innovation delivered by Jon Ash, VP of Sales and Marketing and Brad Stone, CTO. There are 30 people working for Nexenta, a lot of the development being done in Russia, and there are also contractors working for them (including some figureheads such as one of the people who wrote ZFS, a file system devised by Sun, now acquired by Oracle); but the strength of Nexenta is not in its headcount.

Data Centre innovation: Nexenta is a kind of Linux for storage

“We are 30 people plus 30,000 others who work for us, but I don’t pay for the 30,000” Jon Ash says. By that, he means that Nexenta is based on the opensource model and that the community developing for them are doing this for free, as is the case of Linux or any other opensource solution for that matter. 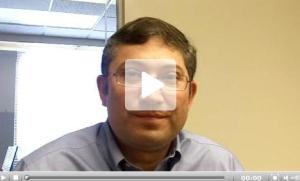 As a matter of fact, the numbers may be a little different as Dmitry Yusupov (right), Nextenta’s co-founder told us, it’s only 10 people who develop on the more proprietary layers of Nexenta and 50,000 who take part in its testing and evolution at various levels.

Anyway, this gives us a flavour of what the company is all about: Opensource and collaborative work.

Nexenta is a software company, founded in 2005 and Nexentastor is its software package which supports all sorts of technologies: CIFS, iSCSI, NFS, FC etc. 20 applications exist and are now part of the application catalogue. 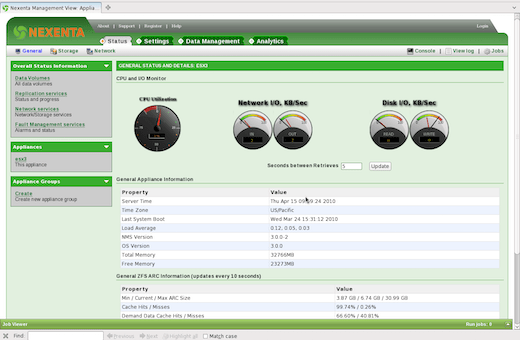 Nexenta’s founders wrote the iSCSI stack (“i” stands for Internet and SCSI is the name of a protocol for disk controllers). They are both Russian and they came to Silicon Valley to develop their business and take it to the next step. Nexenta is acknowledged for disrupting the marketMarket definition in B2B and B2C - The very notion of "market" is at the heart of any marketing approach. A market can be defined... and if they succeed it will have a great impact on the industry, and if nothing else, it will have a huge impact on prices.

One of the things I found most interesting though is how a very small company with virtually no brand awareness at all can work its way through the big names and become a supplier of significant players in the marketplace just using the Internet and leveraging the tools which enable to boost a reputation. The Nexenta web lead generation model is depicted above as shown by Jon Ash during the presentation.

To conclude this brief introduction to Nexenta and its offer, and before letting you delve into the script of the presentation by Jon Ash, let me introduce you to Dmitry Yusupov, co-founder of Nexenta who describes the ups and downs of a Silicon Valley entrepreneur who came all the way from Russia to settle down in California. I found this interview very refreshing and very tale-telling of the courage required to become a full-fledged successful Silicon Valley entrepreneur.