UGC aka User-generated content is not new. It may even have been borne before the Internet. Let’s see why it is at the heart of all things online.

Rejoice ye visionary readers, rejoice!  The tide of marketing is turning at last.  After more than 13 years of battling against autistic — and largely inefficient — old-world marketing techniques and visions, we are now witnessing a few cracks in the ice of top-down marketing strategy.

User-generated content (UGC) is part of the Internet DNA 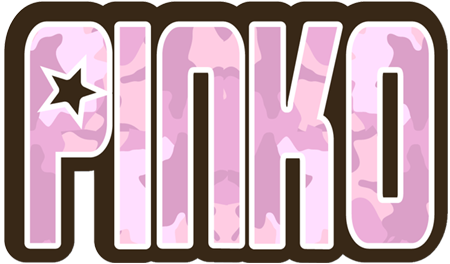 Firstly, Regis Mc Kenna and Geoffrey Moore introduced new ways of dealing with clients mainly in the IT world at the end of the 1980s and the beginning of the 1990s.  The approach was no longer demographic but behavioural.  Secondly, European researchers Badot & Cova wrote their ground-breaking opus entitled “neo-marketing[Fr]” in 1992 (many were to follow) introducing so-called “societal” approaches to marketing and even suggesting we use the term “societing [En]” instead of marketing.  (Wasn’t that visionary?  Bernard Cova now teaches mostly at the prestigious Bocconi school in Milan, and I’ve also had the pleasure of becoming friends with him in the meantime).

The end of the 1990s was the founding years of — not only of the Internet but — the revision of marketing as we know it.  Seth Godin taught us that ideas are viruses — and so are products and services — hence the newer and more pervasive notions of Buzz marketing.  He also re-educated us (yes, I insist, really re-educated) in order to ask permission from our clients to do business with them.  Not only was that the early sign that e-mail marketing had to be done differently, but it also sent a clear warning sign to mass marketers that business habits had to change in view of evolving consumer behaviours.

1999 was the kick-off year for the much revered Clue-train manifesto, a source which is still quoted today as the reference for online marketing.  And more recently, Tara Hunt has developed and the notion of Pinko marketing, a rather weird and politically orientated way of putting that communication power is handed over to the people. Yet, this is very effective when it comes to getting the message across.

Even more recently, François Laurent published a new book entitled marketing 2.0[Fr].  Marketing 2.0 is in fact the sequel to his influential blog: marketing is dead[Fr], but what is really striking is that François — a former marketer at European ex-consumer electronics manufacturer Thomson — is more widely known as the president of one of the two French associations of marketing, Adetem.  Lastly Alain Thys is adding to the bargain by expostulating in his excellent marketing accountability presentation that marketing is not only dead but that it committed suicide in front of its shareholders, clients and even the earth!  Nothing less.

No doubt this time, things are moving ahead, even though the proportion of UGC is still low, there is an underlying trend of change, and this is not coming back to what it was before. So as it is becoming more and more obvious to all that markets really are conversations there is this requirement for a growng number of enterprises to quickly be in sync with this evolution and gear up to community marketing

And then there is Forrester research VP and Principal Analyst Laura Ramos, with whom I had the benefit of being acquainted a few days ago, as we were exchanging on the subject.  In May 2007, Laura (see links to some of the most recent and most relevant articles) had a story entitled: “B2B marketers fail the community marketing test“.  Her conclusions are clear-cut and uncompromising.  To sum them up in a few words:

Strangely enough, I see hope through this report of Laura’s.  After years of evangelisation I am not now feeling that there is this shared requirement — I get it from talking to managers themselves — to turn marketing practices around and better use web (even though it was her lately rebranded ‘social media’, see my other comments on Frederic Cavazza’s post here) techniques to better marketMarket definition in B2B and B2C - The very notion of "market" is at the heart of any marketing appr....

This is why Corporate Web content policies have to change too in order to accommodate these evolutions. This was the gist of my presentation at HEC (the leading European business school) on June 20, in which I depicted my vision of the business world and how we web professionals should respond to that requirement.

The title of my presentation couldn’t be anything else than ‘reinventing marketing’, and moving towards what I call ‘addictive’ web content policies.  In essence, there is nothing new with things I did even more than ten years ago. When wanting to position our new Internet Banking venture at Unisys rather than build yet another web page on our supposed capabilities — and few could believe us because we hadn’t proved our point yet — I went on building the ‘Internet Banking Barometer’ (still visible here at archive.org, the memory of the Internet) based on a comprehensive review of all British banks I had made.

Since we couldn’t prove our point with declarations of our own making, we could evaluate existing initiatives instead and ensure that, through the design of pertinent content and comments, we were establishing the credibility we lacked and could engage in discussions with people who didn’t even know we existed before. Each review was carefully worded and validated not only internally but also with each of the representatives of each bank, included the then state-owned Bank of England.

How encouraging that was, and how useful too in our engagements with newor existing clients. This was sufficient to prove our point that we too had something to bring in the Internet banking arena. To an extent we were only applying Seth Godin’s ideavirus principle … 5 years before it was written though.

Thus we have established the requirement for reinventing marketing, in part two we will soon investigate how the web can support community marketing.