Google is now offering a new version of its Google maps application, which enables location-based information. If your device is 3G/3G+ enabled, you will be able to activate your position on the map using the new ‘my location feature’ (a little less precise than GPS but who cares). You can also catch a glimpse of what Google has in store for maps display with the new Android system at this url.

google maps on mobiles: the path to user-friendliness 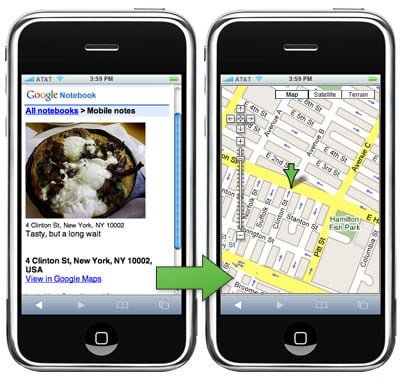 Beyond the gadget – in fact, a very useful gadget for now I never travel dosmestically or even abroad without taking my ‘maps’ with me – what Google teaches us here is yet another lesson on user-friendliness and marketing mainly.

Google maps is in fact, a good example of how an application, which is in fact not as feature rich as other applications (such as the popular Tomtom GPS navigator for instance) can prove eventually more useful and more user-friendly. At the end of the day, Google is sort of repeating what they did with the search engine when they reinvented it in 1997.

When Google launched what was to become the search engine that more than 80% of us use, instead of adding features, they started withdrawing them. With Google maps, there is no voice guidance and no 3-D representations of the terrain.

Of course it displays the satellite pictures of the ground (this is really popular altough utterly useless, but it is so entertaining, one cannot help activate it from time to time), and the newest version even includes a bird’s eye view of the terrain showing mountains and hills.

But it’s the sheer simplicity of the maps and the navigation and also the ability to show directions in a very user-friendly and simple way, which is making Google maps the ideal application for those who are using public transport, and don’t want to carry a heavy and bulky A-Z with them.

This thought will take us to another article, which we will write shortly, on the subject of user-friendliness in design and products.