I have just been on LinkedIn to check a few things including the presence of the brand new LinkedIn LION’s logo (a group of open networkers within LinkedIn) and here I see the stunning news that Barack Obama is posting a LinkedIn question to his network (I am only 3 levels remote from Senator Barack Obama).

Obama asks a question on LinkedIn 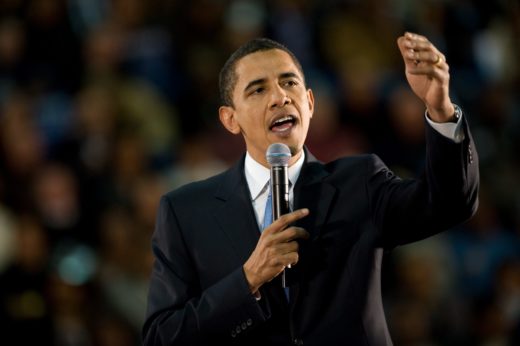 The question reads: “How can the next president better help small business and entrepreneurs thrive?” and he has already gathered 1251 questions (by the time I had posted my response there was only 1231, 20 were added in less than 1 minute!).
If this is a direct democracy effort, then I think it’s really interesting. I am not sure about what you can make out of all these varied and sometimes contradictory comments but the initiative is interesting nonetheless, similar to what Segolene Royal had done in France earlier this year in the French presidential election, only this time it is taking place on a large social network and on a larger scale. Will it prove more successful than Royal’s effort (she lost the presidency to N. Sarkozy last May)? Time will tell.
At least I had a chance to ask Senator Obama the question directly (LinkedIn allows for direct messages to be sent to the question issuer). I don’t think he will have time to respond, but I will keep you posted on this blog if he does.
*> addendum, September 24th, 2007
Below is the response I got from the Senator Obama on LinkedIn, or rather from someone in his presidential campaign office on his behalf. At least I got an answer. Now the question is, did my suggestion do anything for the progress of business initiative? and what about the response too? At the end of the day, can cyber-democracy be anything else than cyber-babble? not sure, not sure Vonnegut would have added.

So at the end of the day, Senator Obama didn’t really