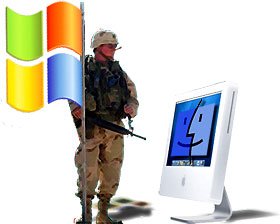 Is Apple really so innovative? In a ZDNet article published yesterday entitled ‘Where Apple fails’ Michael Kanellos has a readymade answer for that question: Definitely no! Kanellos shows that Apple’s market shareMarket share  can be defined as a percentage accounted for by a given producer or brand in its own market. Market share = Current market of producer or brand / Current market of product all brands has fallen below the 2.5% par and therefore, amounts to virtually nothing. In my “ICT Marketing” book (available online at this address), I was pointing out that Apple’s marketMarket definition in B2B and B2C - The very notion of "market" is at the heart of any marketing approach. A market can be defined... share had probably fallen below 4%. That was less than a year and a half ago, and one may imagine the great achievement for a brand to go down that badly.

Is Apple a good example of an innovative company? … after all

The result in 2006 is that Apple decided to launch intel-based Apple desktops with Windows running on them. On a visit to the Paris branch of PC CITY on Bld St Germain (PC CITY is the French subsidiary of UK’s PC WORLD), I discovered a row of Apple desktops and laptops all displaying standard Windows active desktop screens. A vision of Hell for Apple fans I suppose, and I must admit that I had to rub my eyes a few times before I realised what was happening. And I thought to myself: What is left of the erstwhile Apple craving for independence? 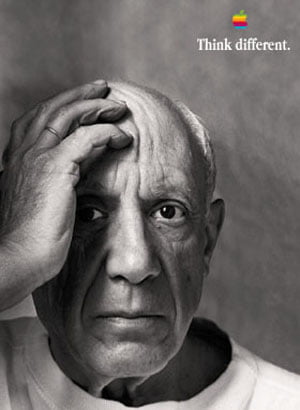 So is Kanellos’s article a sequel to the Ms vs MacOs war? This is what some users are hinting in online comments to Zdnet’s article: A user nicknamed mlindl is having a go at it. “I read this article with great interest because it is a usual part of the CNET/ZDNet/Microsft love fest: Vista is late, Apple, as ZDNET predicted, should win from it so let’s write a negative
article”.

At any rate, what Apple has undeniably managed to achieve is to create a bond between the brand and its users that any marketer is dreaming to replicate for its own products/services. The association of its users for the brand is in fact, very close to religious (maybe even sectarian) belief. If you don’t believe me you may read that post by another Apple fan who goes on with statements like “They’re bigger than Jesus“.

One believes in Apple, its superior design, its superior power and one is not really allowed to prove Apple owners wrong. I – who have nothing against Apple in particular and rather admires their artful design and communication – gave up trying to do that a long time ago. Even the “think different” campaign sounded like something rather eerie. Who has ever believed that buying a computer was a means of changing the way you think.

Besides, what of this association of art and science celebrities and the brand? Whoever believed that Apple made Picasso’s or Einstein’s success (Ok, they did share the same awesome marketing skills with Steve Jobs I suppose)? Anyway, now you have Windows on Apple desktops, what about that for being different? Not even mentioning this “thinking different” nonsense.

Yet, such a minimal market share (even in the US by the way. 7% is a very small market share too) is bound to mean something at the end. Either that Apple products are not so good after all, or that good products do not always mean success or that product innovation is not always going to clinch it for you, even with such a great Marketing/communication artistry as Apple’s. However, in the mind of an old-time Apple aficionado, the 3 main reasons for Apple’s failure are to be found elsewhere:

Apple’s 3 biggest problems penetrating the market any more than it has? Price, price, price.

Nothing bugs me more than people who get a few certs under their belt and think they are now wizards. Statements like the one that prompted your response just reveal their ignorance of what’s going on outside their little IT world.

There is no such thing as a scientist who is not VERY familiar with computers, they are tools that allow them to process information so much faster than any other methodology that they literally could not conduct their research without them.”

Read on at ZDnet

Here’s a little video freebie for our Apple addicts: