Is the cubicle a white-collar trap? Millions of people around the globe have found solace in the reading of the adventures of Scott Adams’s Dilbert. Now, a Fortune article dedicated to cubicles is emphasising that even the inventor of cubicles (Robert Propst) thought that his invention was a mistake.

At least, it wasn’t intended for the cramming of masses of office workers in as much space as possible. Propst ran Herman Miller’s research department for years. 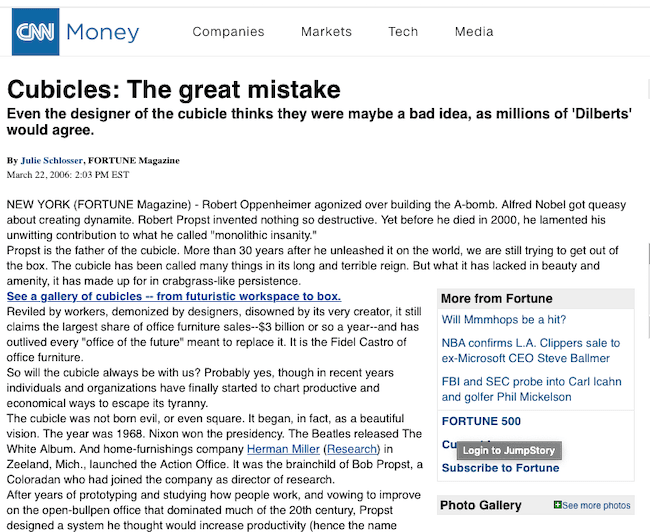 At the very least, it was not intended that it should be hijacked in order to put as many people as possible in as little space as possible. For many years Propst was head of the research department of office manufacturer Herman Miller.

Incidentally, I couldn’t resist the pleasure of showing the caricature of the cubicle in open plans that Jacques Tati made in his 1967 film “Playtime”. Couldn’t Monsieur Hulot be considered as Dilbert’s worthy predecessor? 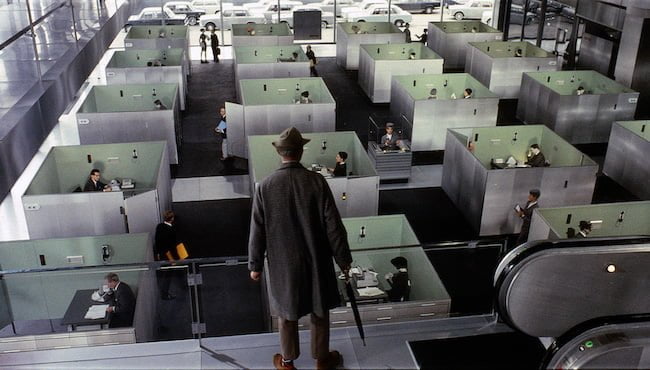 the cubicle discovered by M. Hulot