Luc Dumont, SVP international Business Development Manager, demoed the most recent developments at Dailymotion from their Redwood Calif. office on day 2 of our blog tour, in front of our blogger bus bloggers on the second day of the tour. Dailymotion is a video hosting platform which was created in 2005 in France. It can boast 100 million daily users per month and 25-30 million videos are hosted on the platform. There are 220 million unique viewers a month even though the company is only 113 employee big. It also now part of the France Telecom- Orange group (disclosure: I work for the Group). Dailymotion is the 2nd largest video platform behind Youtube and 80% of its audience is coming from outside France. Whereas the head-office is in Paris, US operations are based in NYC and International operations are managed from Redwood, Calif. [this post was originally composed on behalf of Orange for the http://live.orange.com blog]
the most exciting segment in digital
“This is the most exciting segment within the online business” Luc Dumont said by way of an introduction. The premium aspect of video is very visible in the US with very aggressive players like Netflix, Google and Amazon. “Increasingly, our business can be summarised by its player” Dumont said. This player runs on various platforms and works, obviously, with content. Dumont described all the developments initiated by Dailymotion and namely what they call the Dailymotion Publisher network. In essence, this is a service which enables content providers (websites/bloggers) to create video portals automatically or manually and earn money from other’s content. Applications are submitted directly to Dailymotion who screen them and validate them (in order to ensure that the platform is valid and compliant). Content can come from either other users or well established content providers like Reuters or the Wall Street Journal. Already 1,000 users and websites like msn or Starmedia (owned by Orange) are using the service. “There is still space for a second video platform player” Dumont said, and Dailymotion is determined to be that one. The Redwood office was opened in November 2011 and the California based headquarter is working on the international development of the French start-up which has already stopped being French. 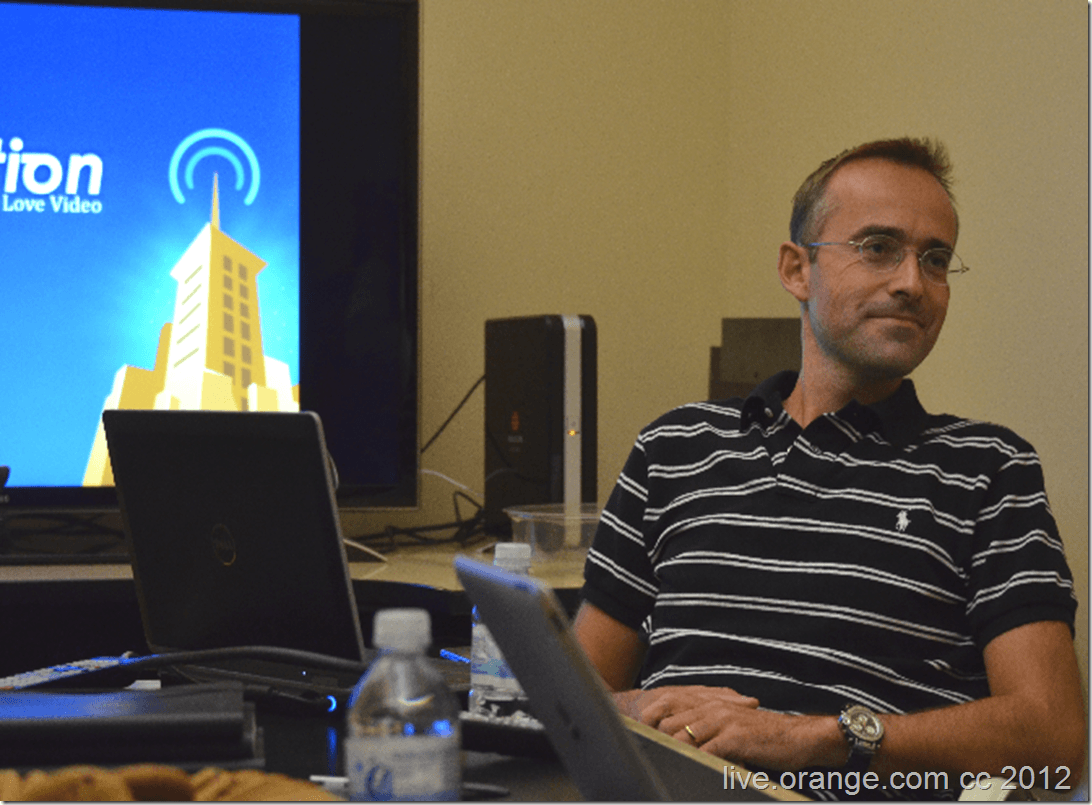 Luc Dumont today at Dailymotion’s headquarter
Here are my notes (taken on the spot) from that meeting …
the various platforms that Dailymotion is running on:

Content
“Hamsters fighting cats” is hardly a business in the long term Dumont declared, this is why Dailymotion is developing partnerships with lots of content providers: live feeds, advertising forms, PPV, subscription VOD, televised VOD etc.
Content is therefore aggregated from media companies but there is also more and more content being developed by Dailymotion themselves.
The Dailymotion Publisher Network
The project was developed from California: